You might’ve seen huge chunks of steak sitting in see-through fridges before at high-end steakhouses. They’re going through a process called dry-aging which is exactly as it sounds - aging the beef in a relatively dry environment. The end result is a succulent flavor-concentrated cut that’s more tender than any steak you’ve ever had.

It’s not easy to dry-age steaks though. You need to dry-age for at least 20-30 days to have any noticeable result with the sweet spot for most people around 30 days. Between 30 and 60 days, you start to develop strong cheesy flavors within the steak, which is preferable to some, but I opted for a more traditional 35 day dry age.

In the process of dry-aging, the beef goes through a process of dehydration, which concentrates a lot of the beef flavor in the remaining muscle fibers. Furthermore, enzymes break down the tissues in the beef creating an extremely tender pieces of steak after cooking. The dehydration causes the beef to lose up to 25% of its initial weight, and you also have to shave off the dried and sometimes moldy exterior so it’s quite a costly process losing around a quarter of your initial cut.

To dry age myself, I got a fridge that I placed outside and a couple of battery powered fans that are usually used in RV fridges to help increase air flow within the fridge - an important factor in drying out the beef. The beef and fridge develop relatively strong aromas after a couple of weeks so I would 100% never recommend dry aging in your main fridge. 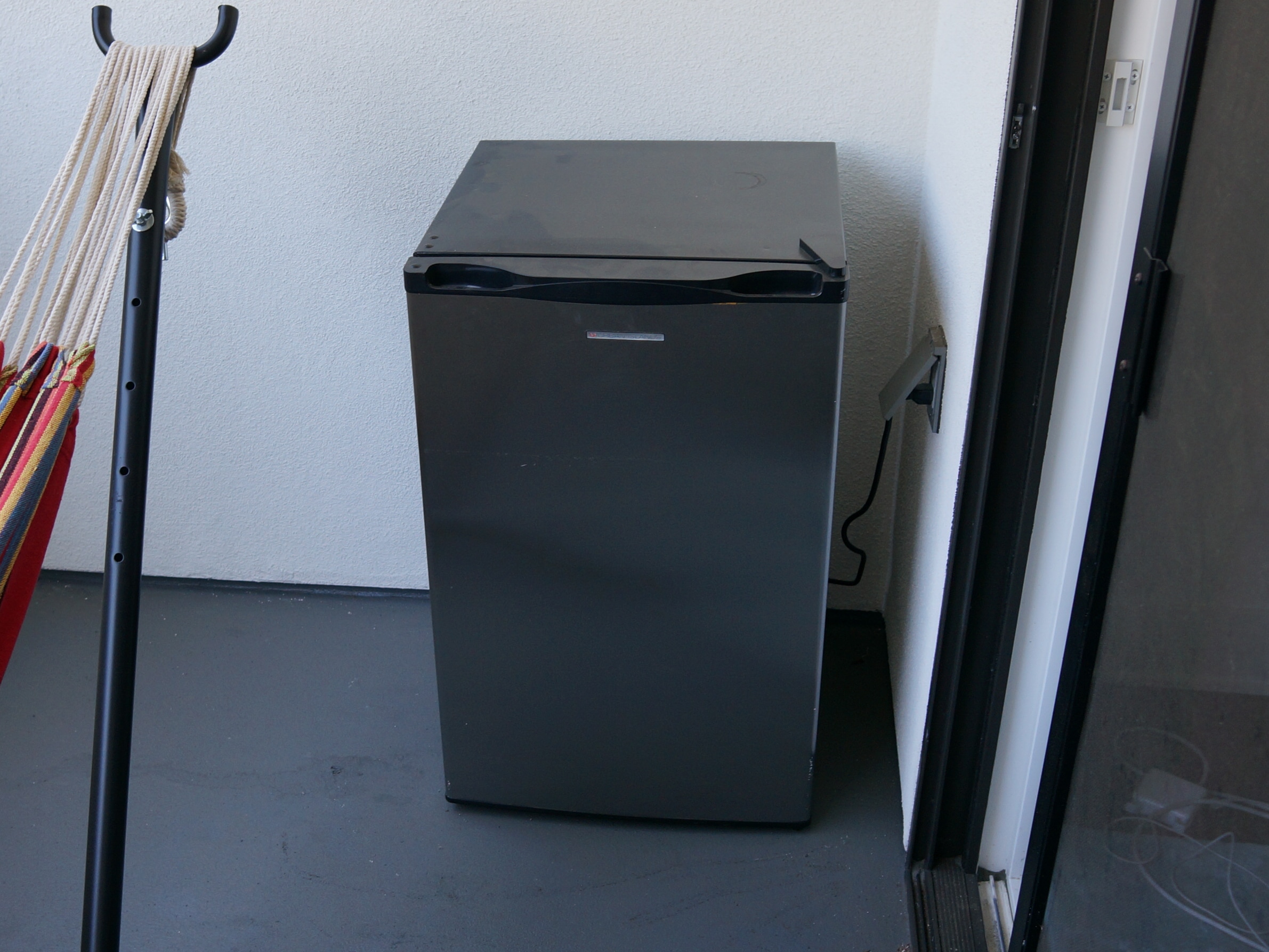 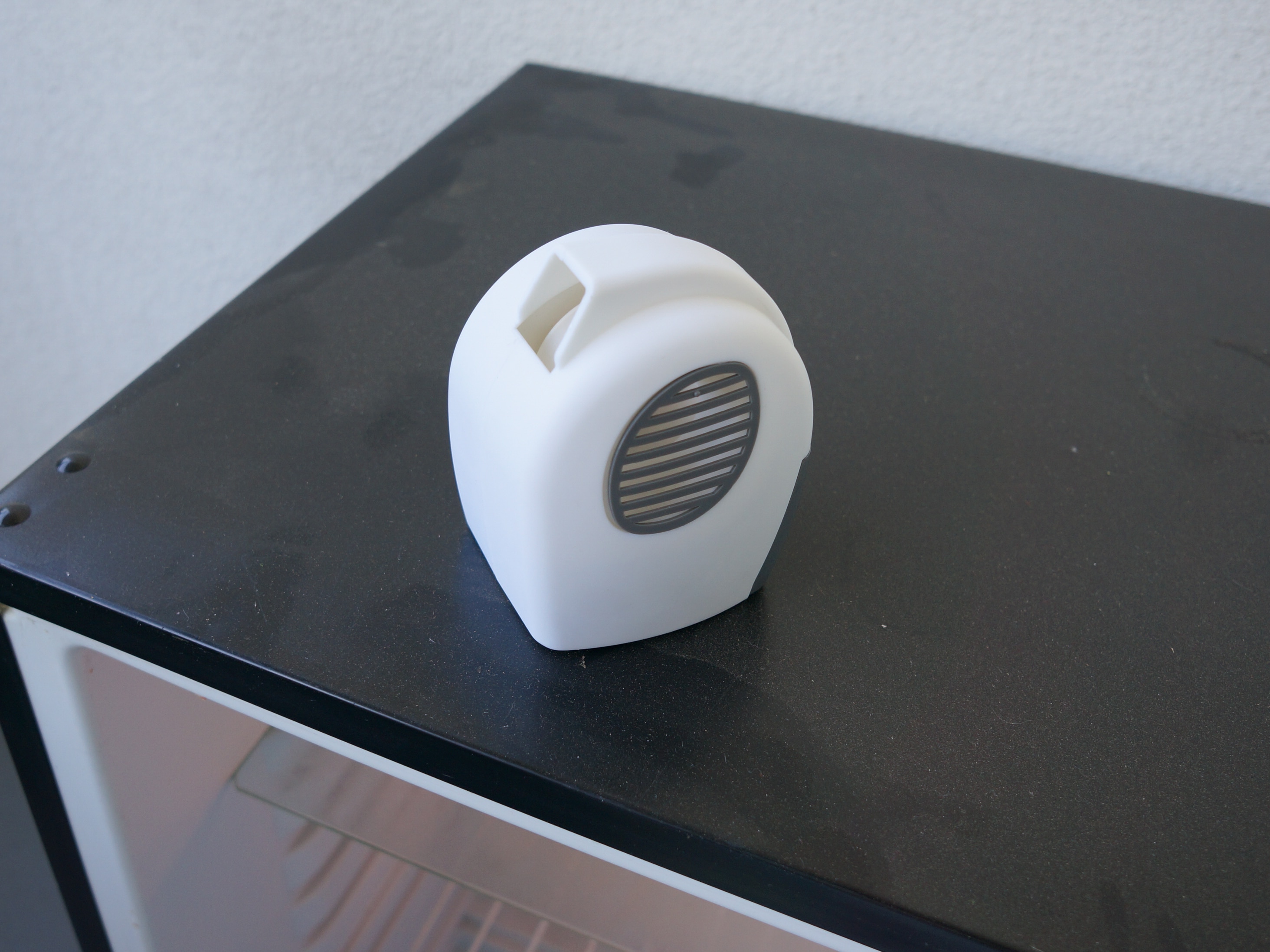 But wait won’t the steak go bad? Nope - you’re always keeping the steak at a low temperature and increased air circulation dries out the outer layer of the beef so quickly that it forms a hard protective shell for the rest of the cut inside. This is the reason you can’t dry age a single serving of steak as you won’t have enough of that outside protective layer. You need to get a huge fucking cut of beef - holding it for scale. 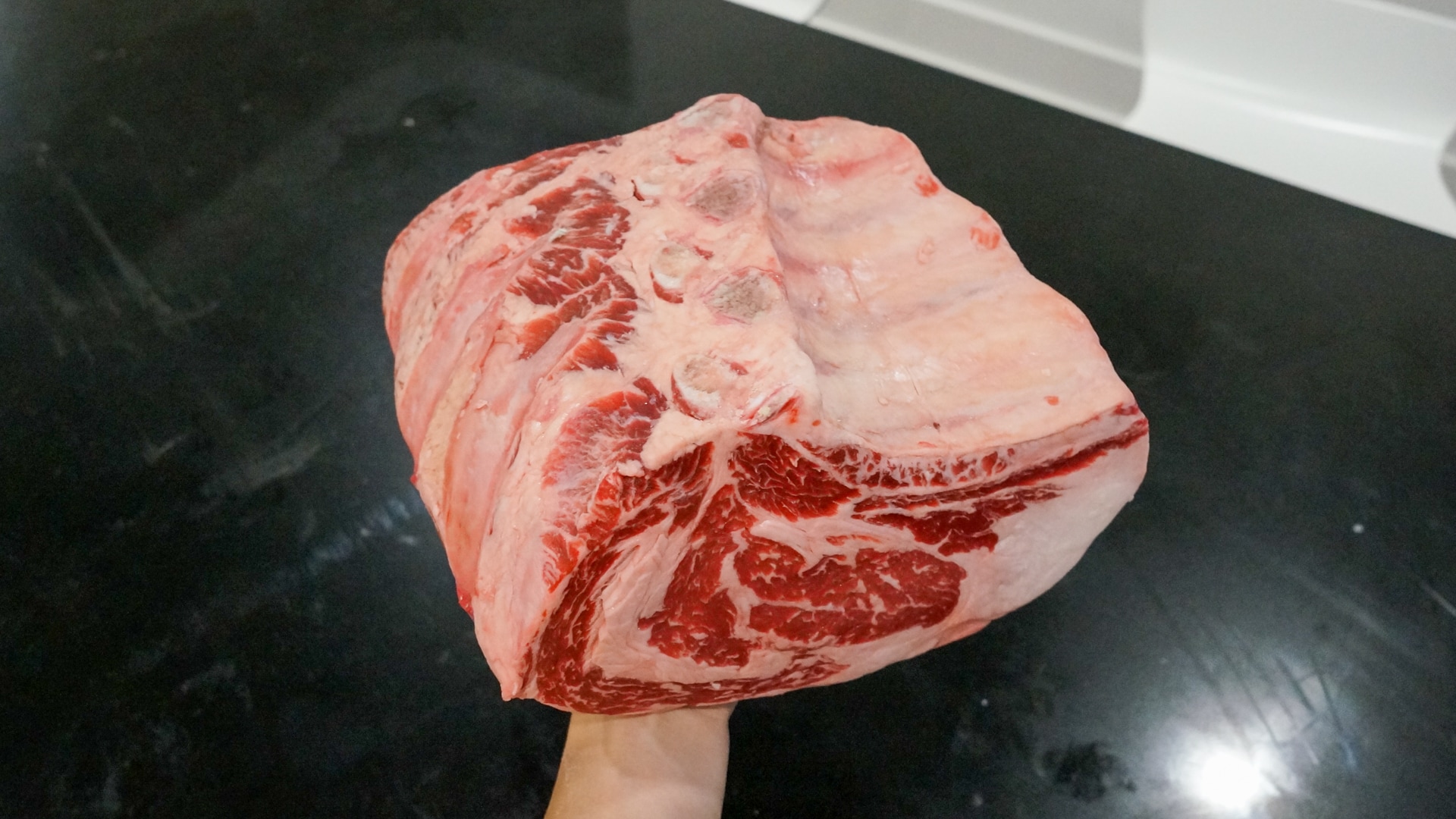 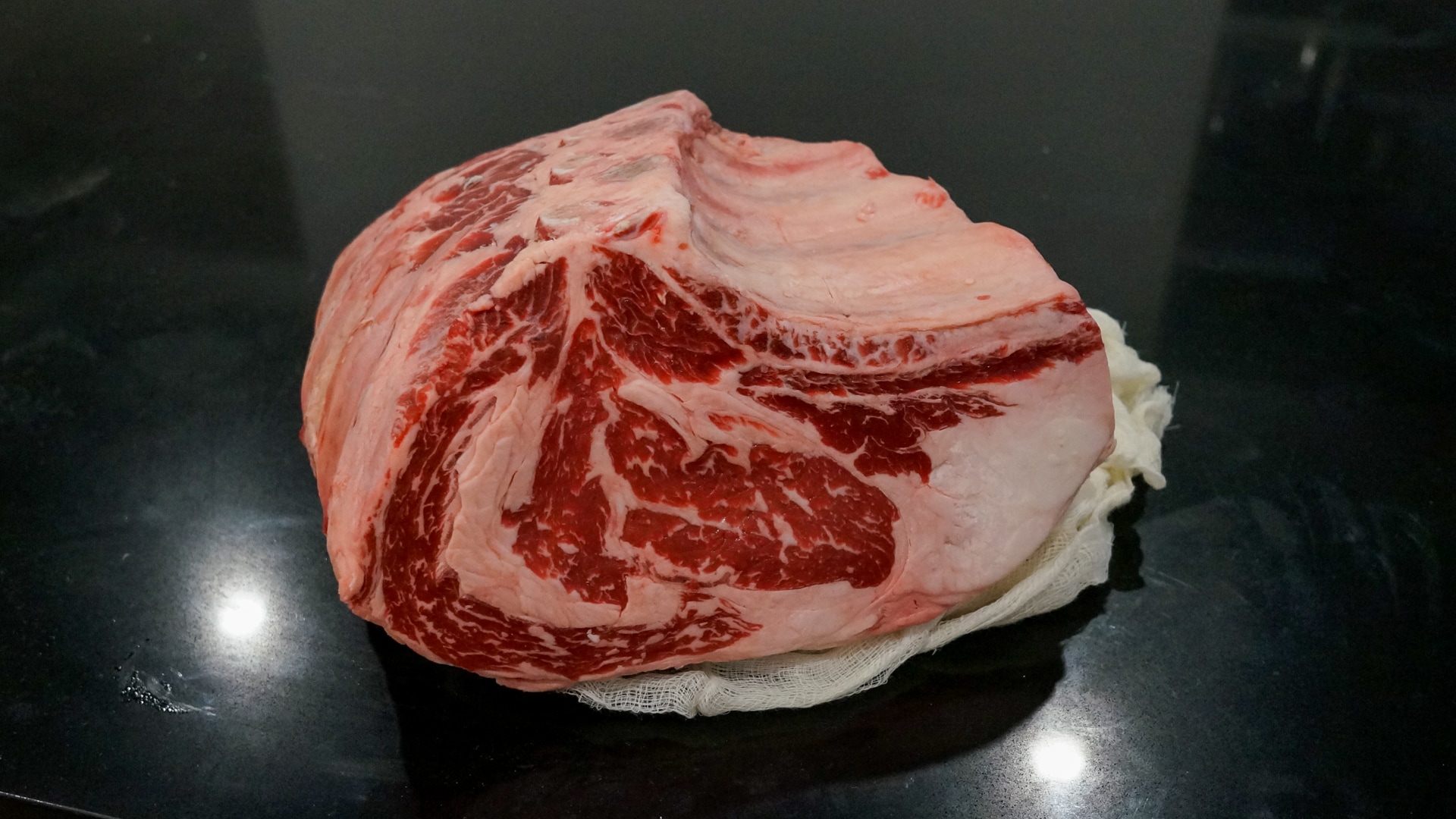 I opted to start with a huge 11lb prime-grade prime rib, untrimmed with thick layers of fat still covering the top. That cut itself cost $350 so if I had fucked this up it would’ve been an extremely costly experiment but seeing that beautiful marbling of fat made the reward worth the risk. Here you can see the prime rib at the different stages of aging. You can see that after 7 days, the outer layer has already dried up pretty significantly forming that protective layer. 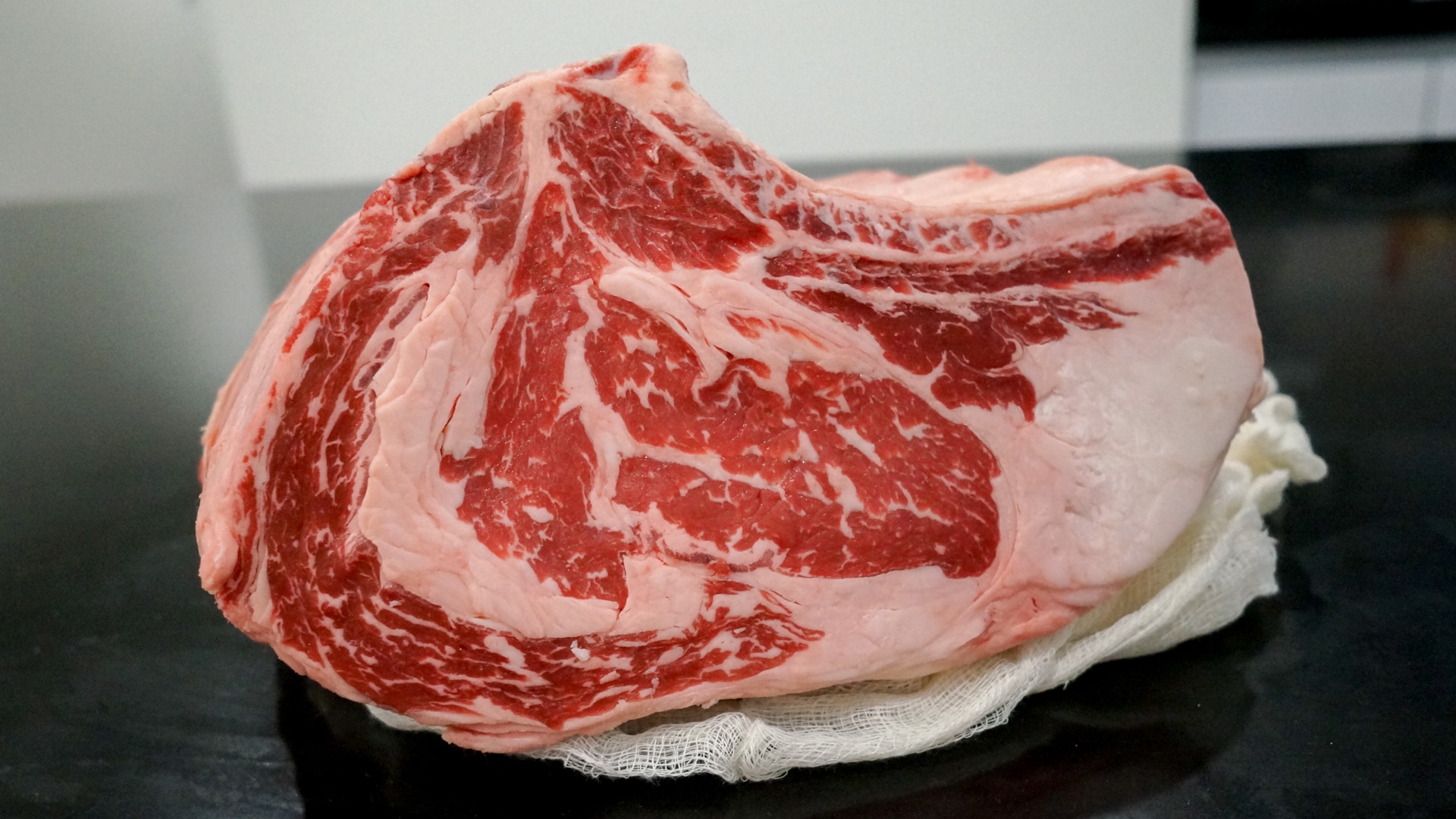 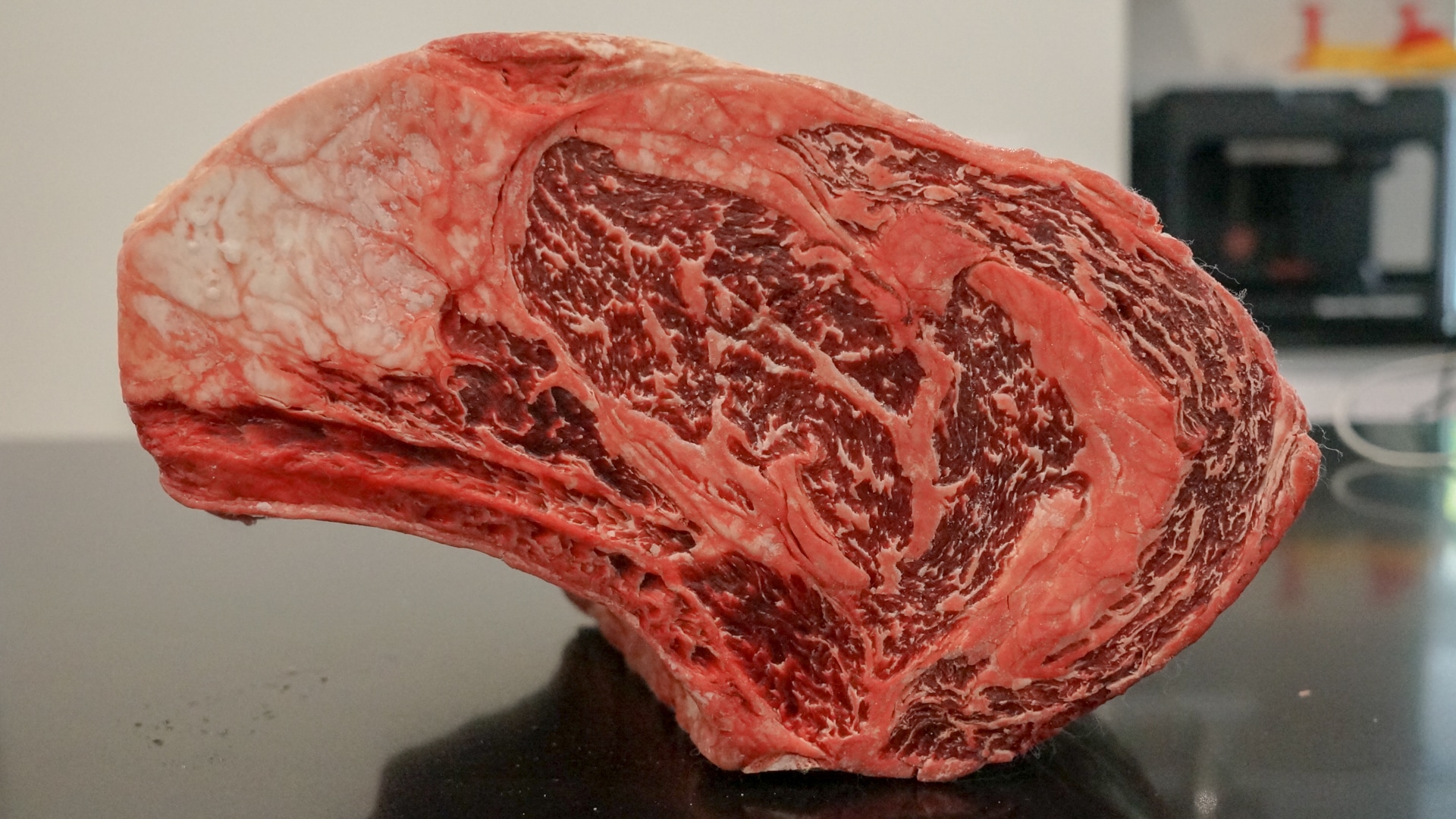 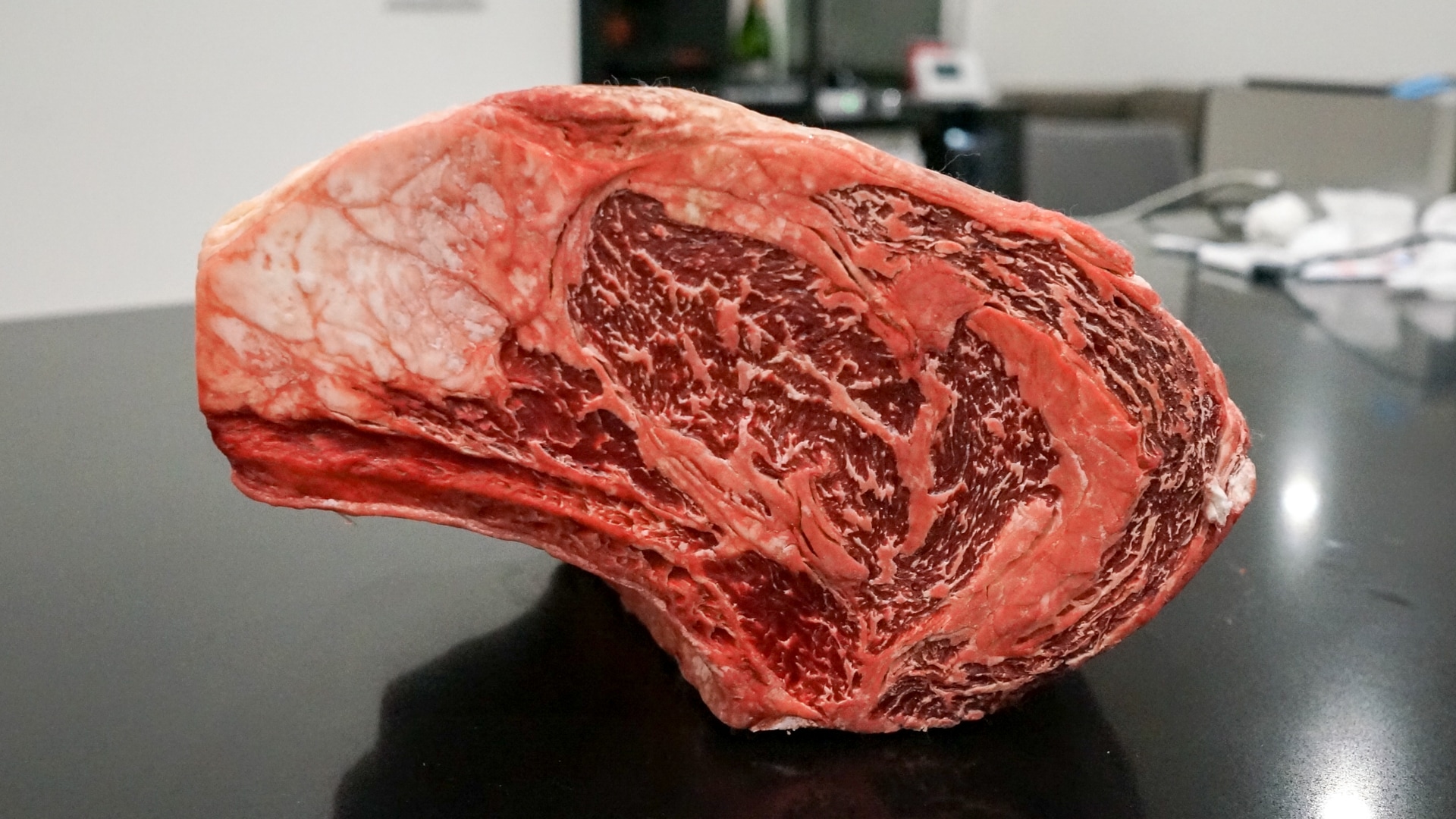 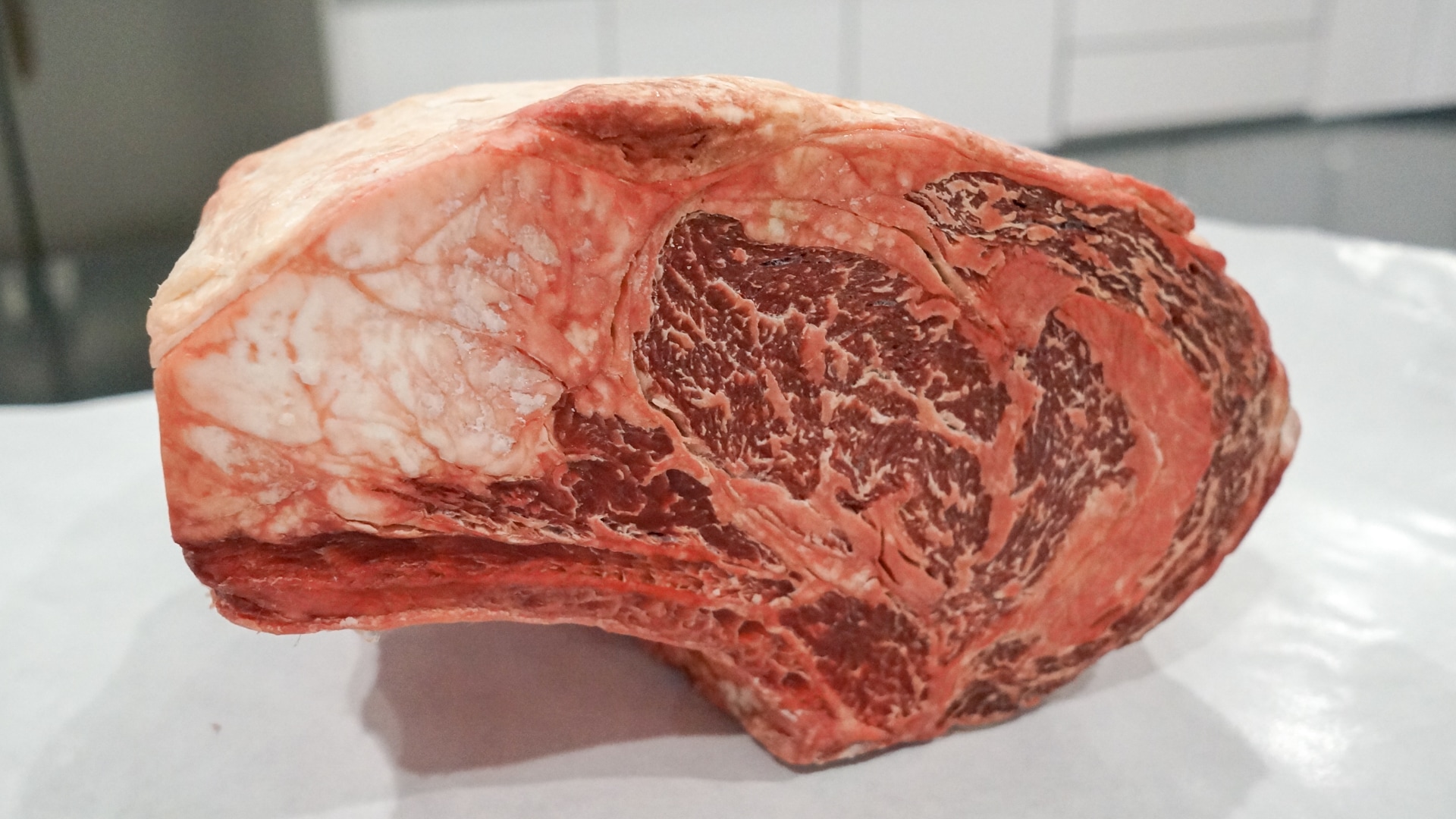 After a week it’s already starting to look like a fully dry-aged steak. The exterior is hard and tough versus the soft meaty feel that it had when I first purchased it. 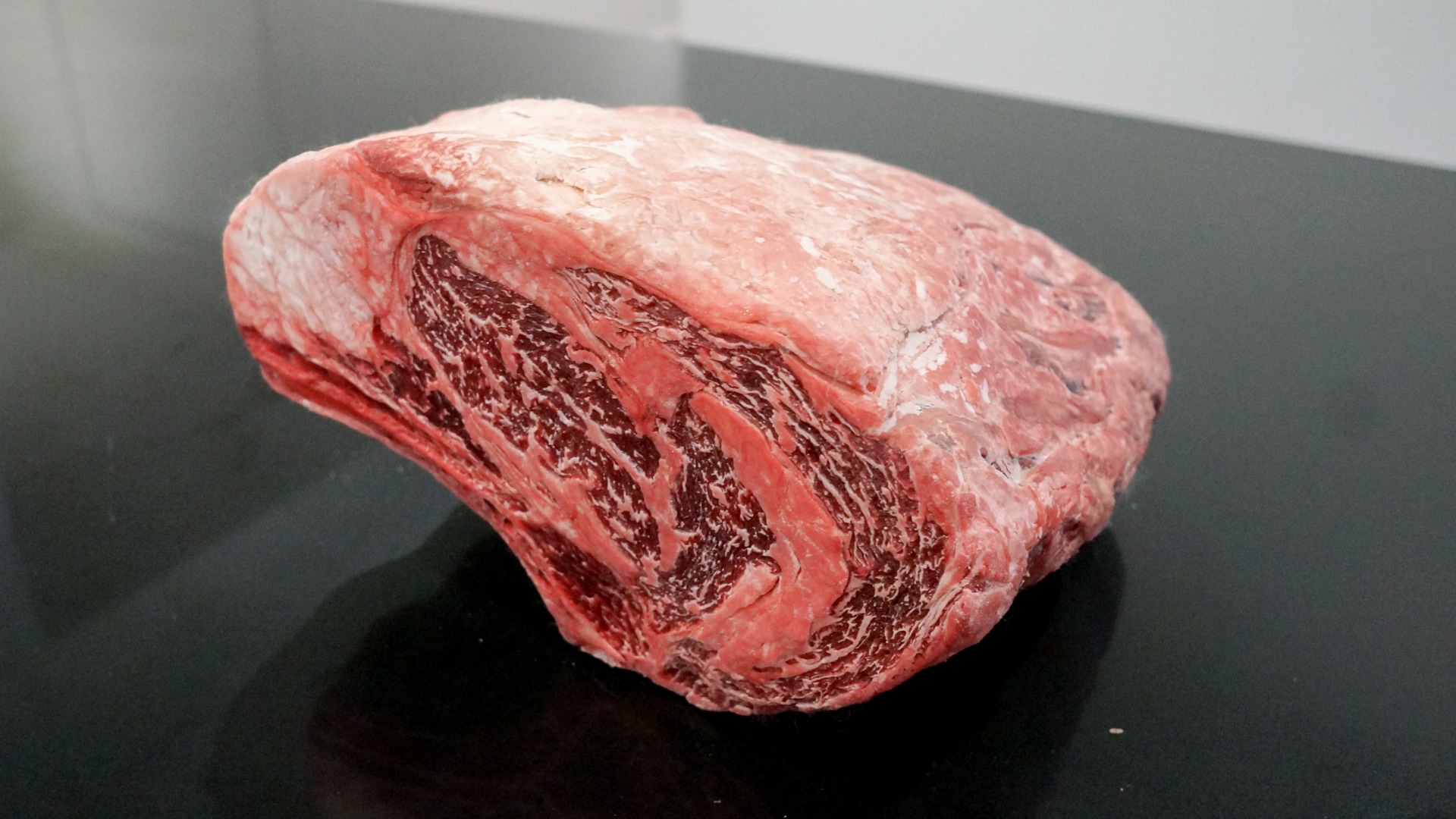 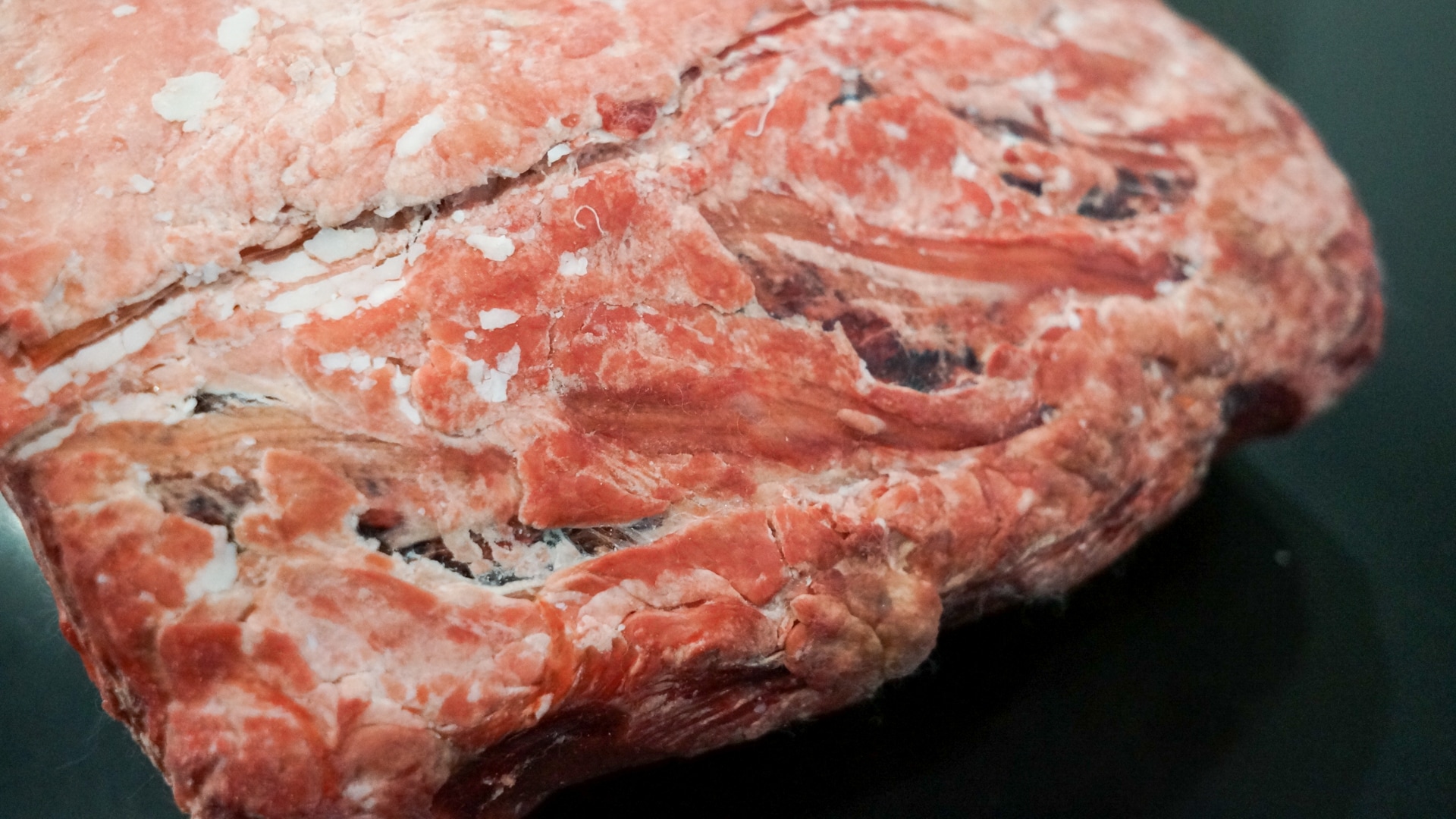 After 15 days, the exterior is getting much touger and you can start to see the meat take on a darker tone. 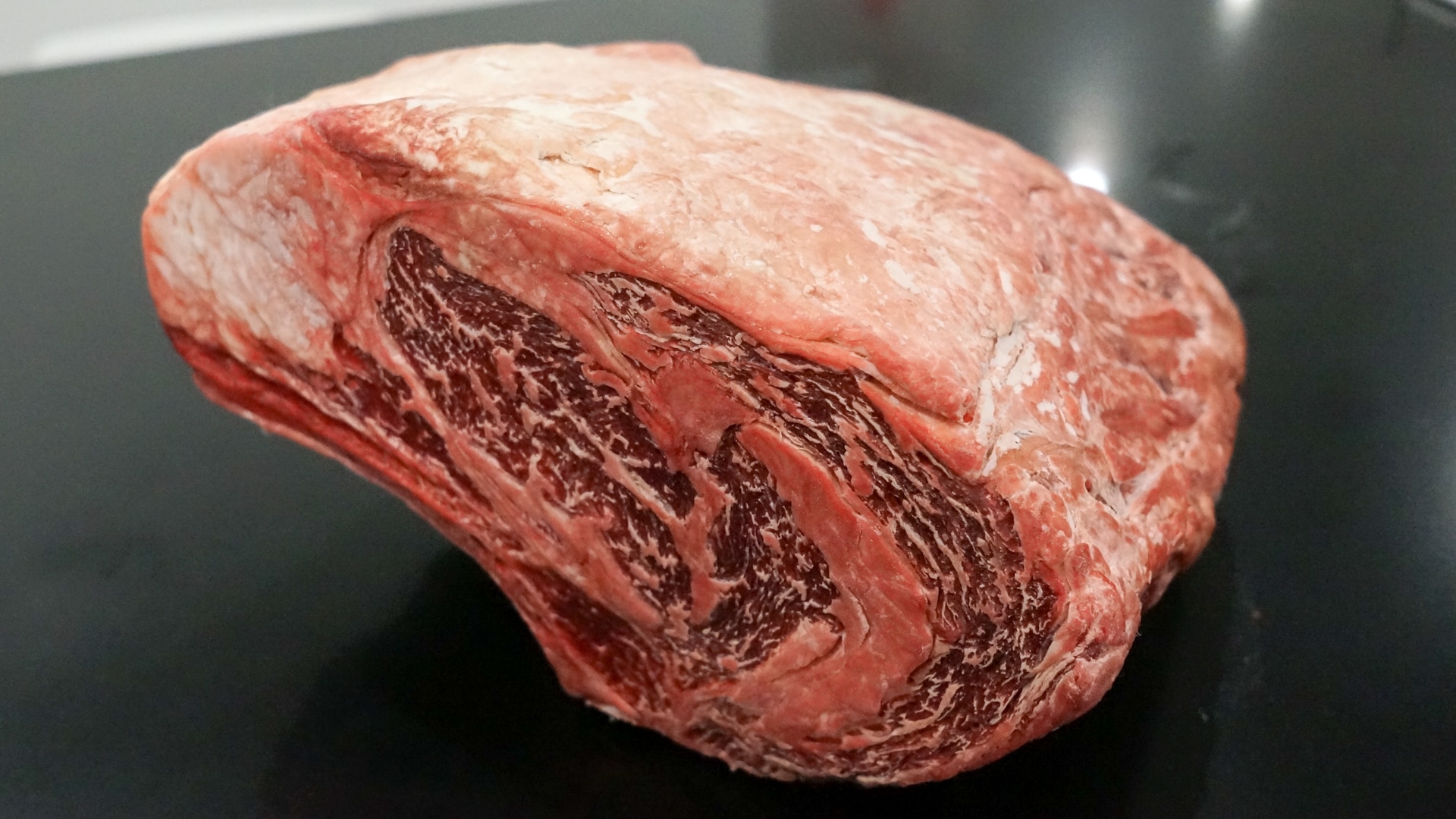 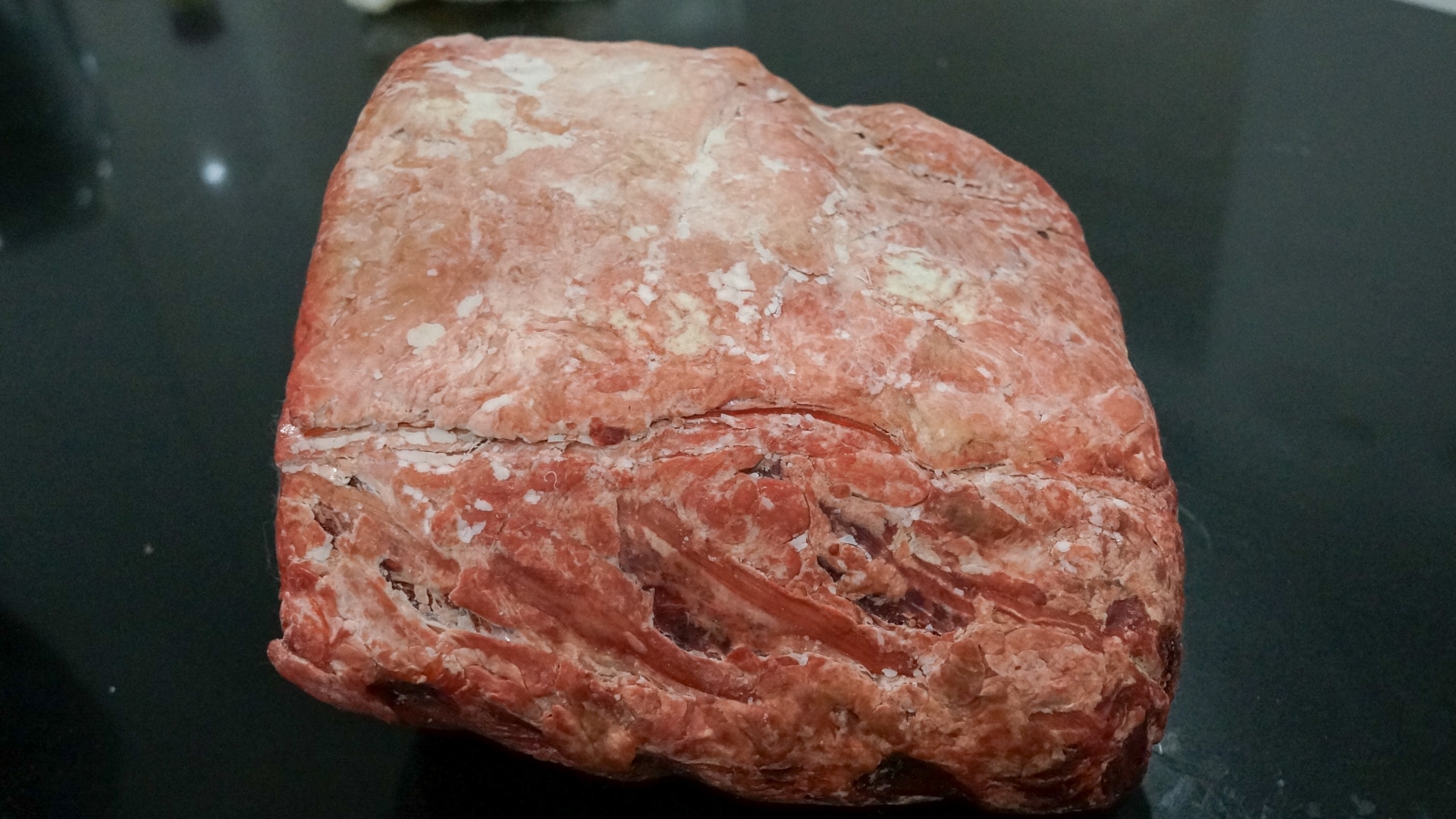 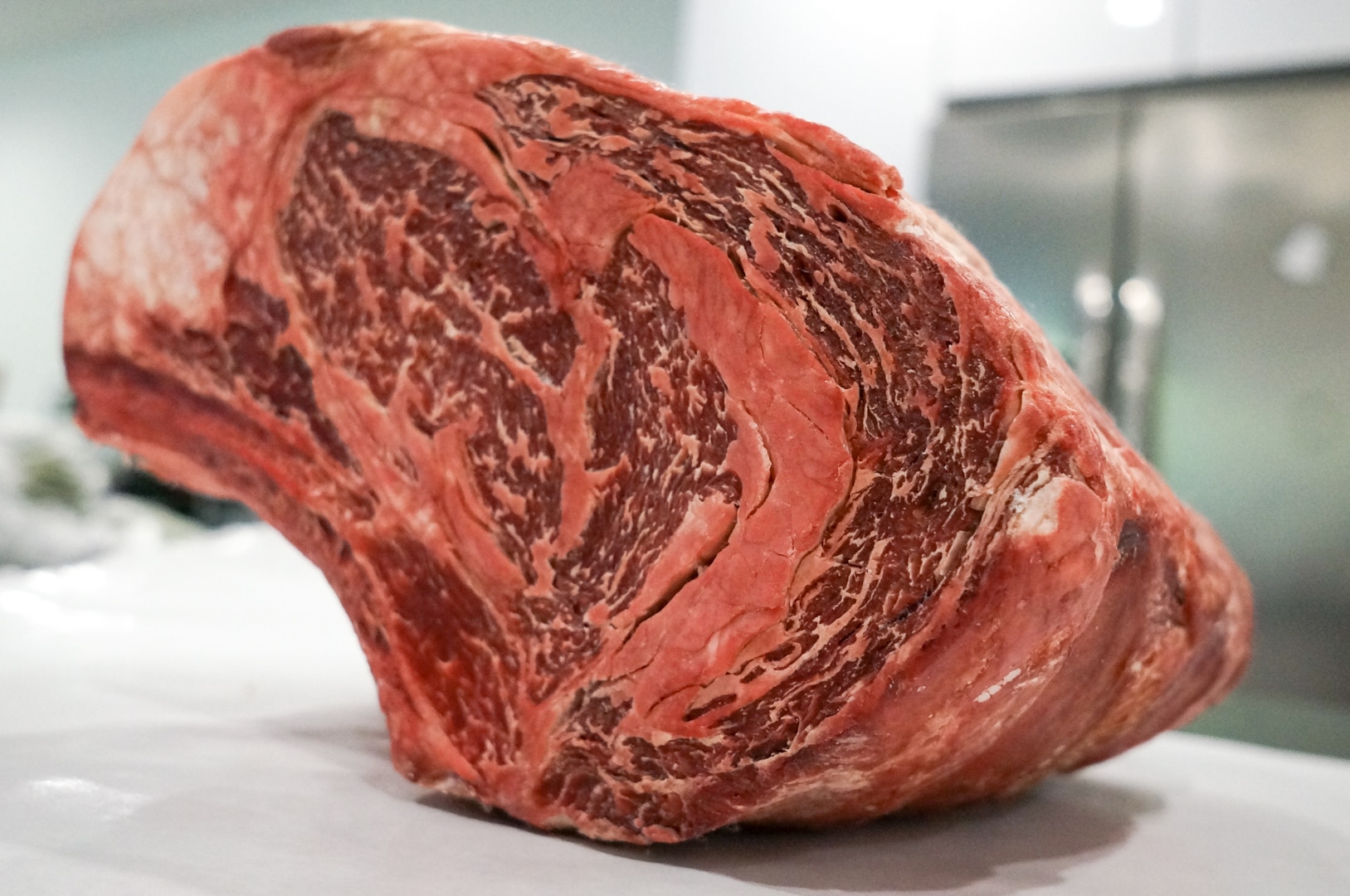 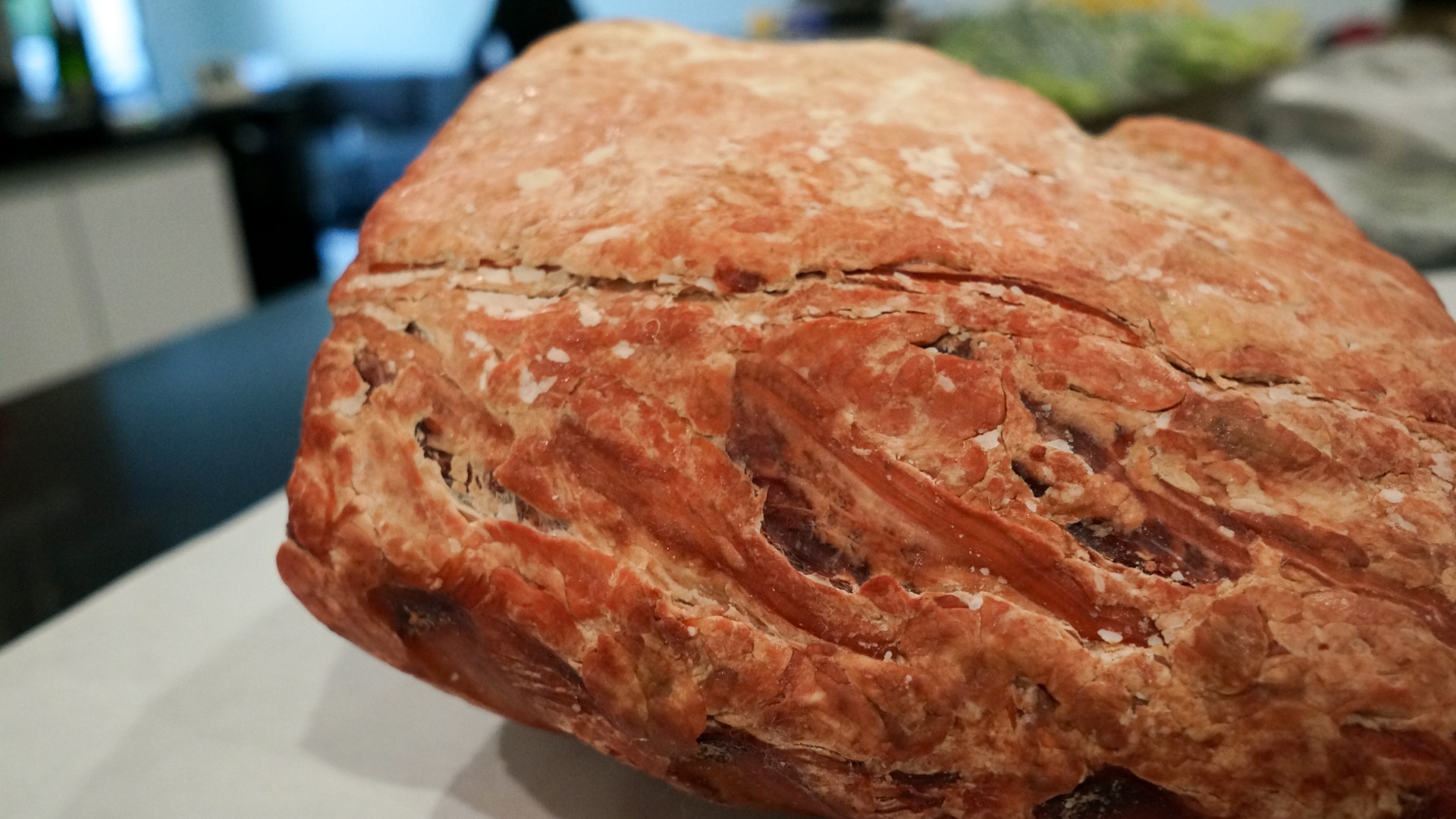 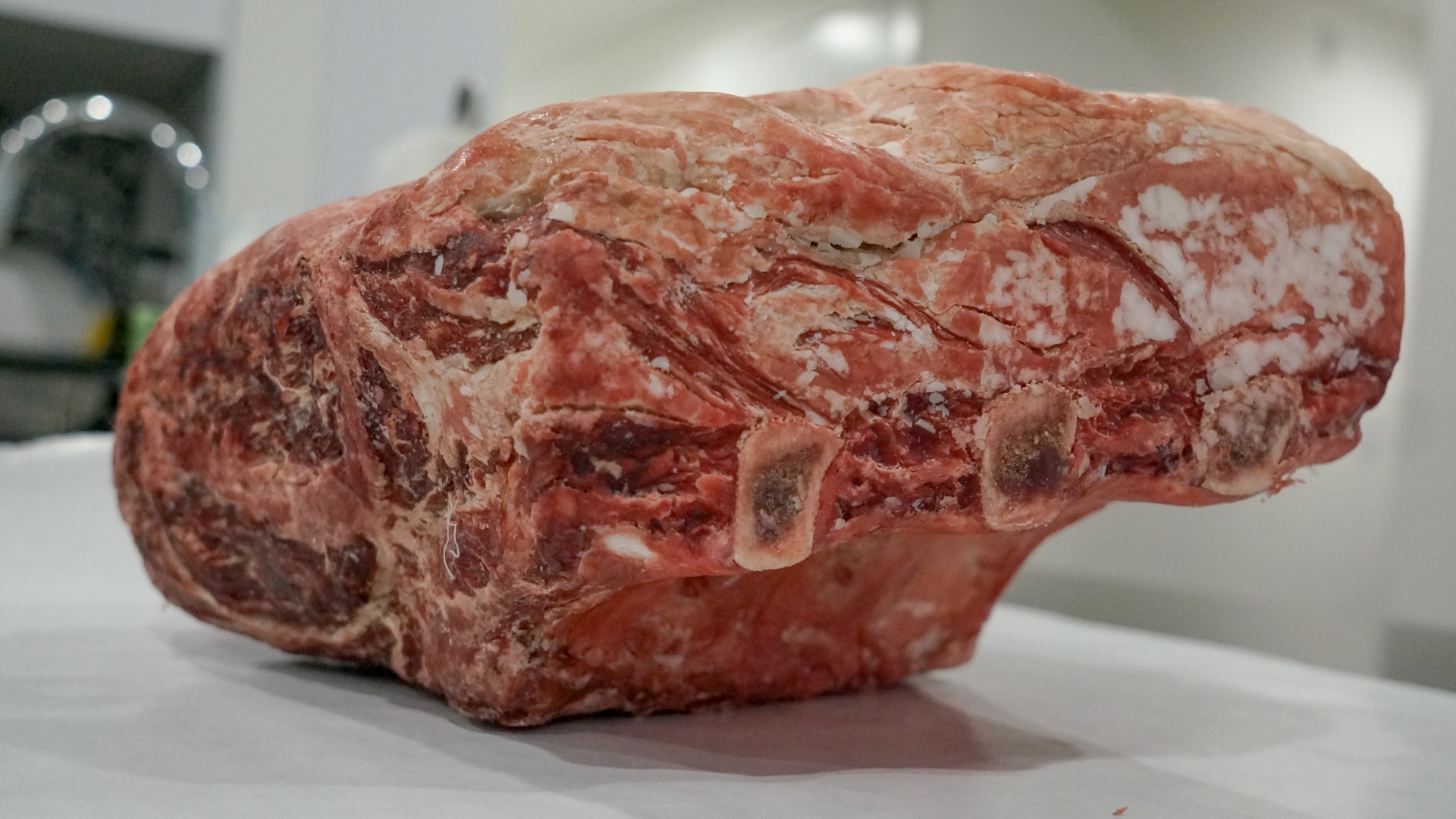 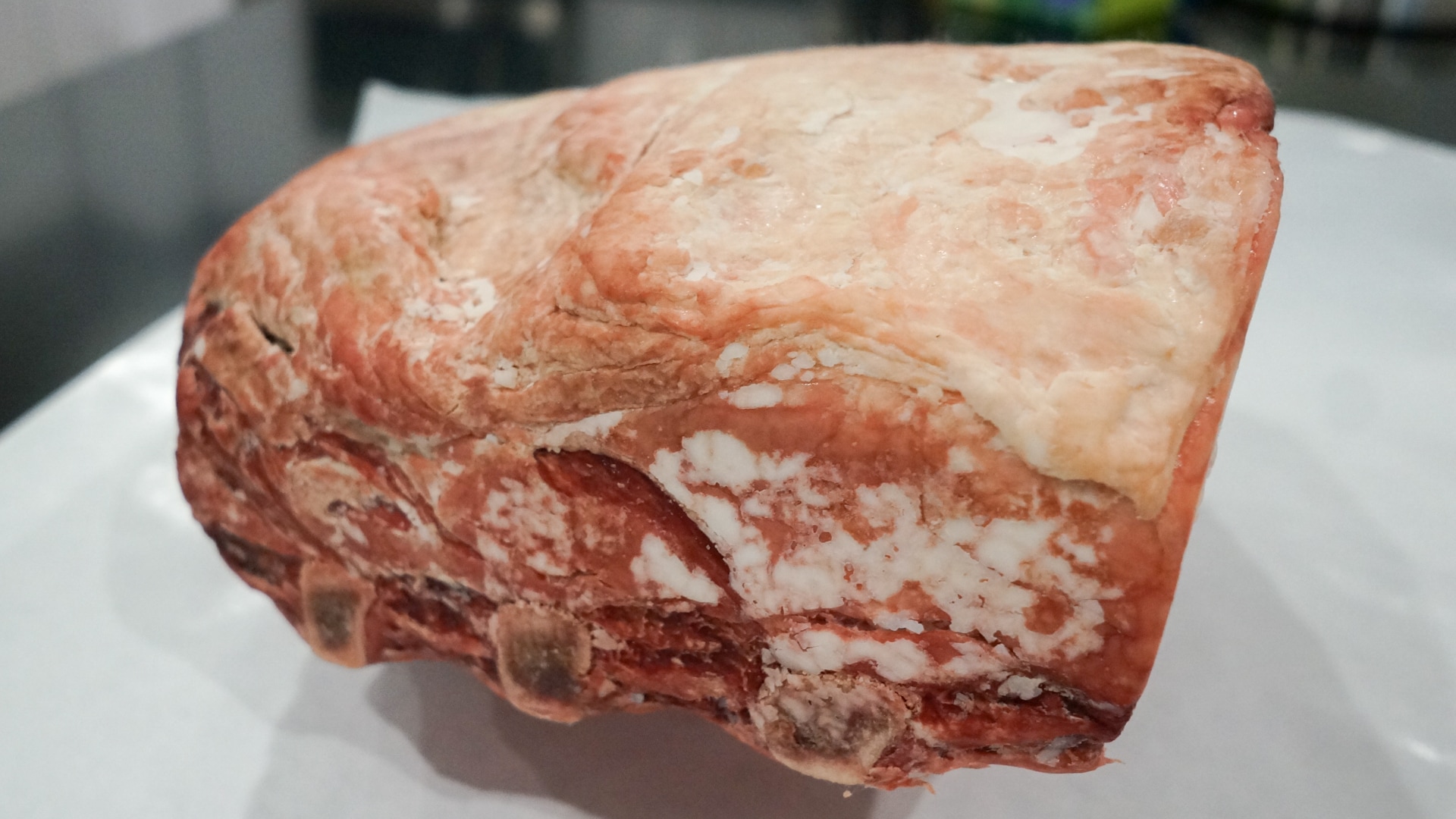 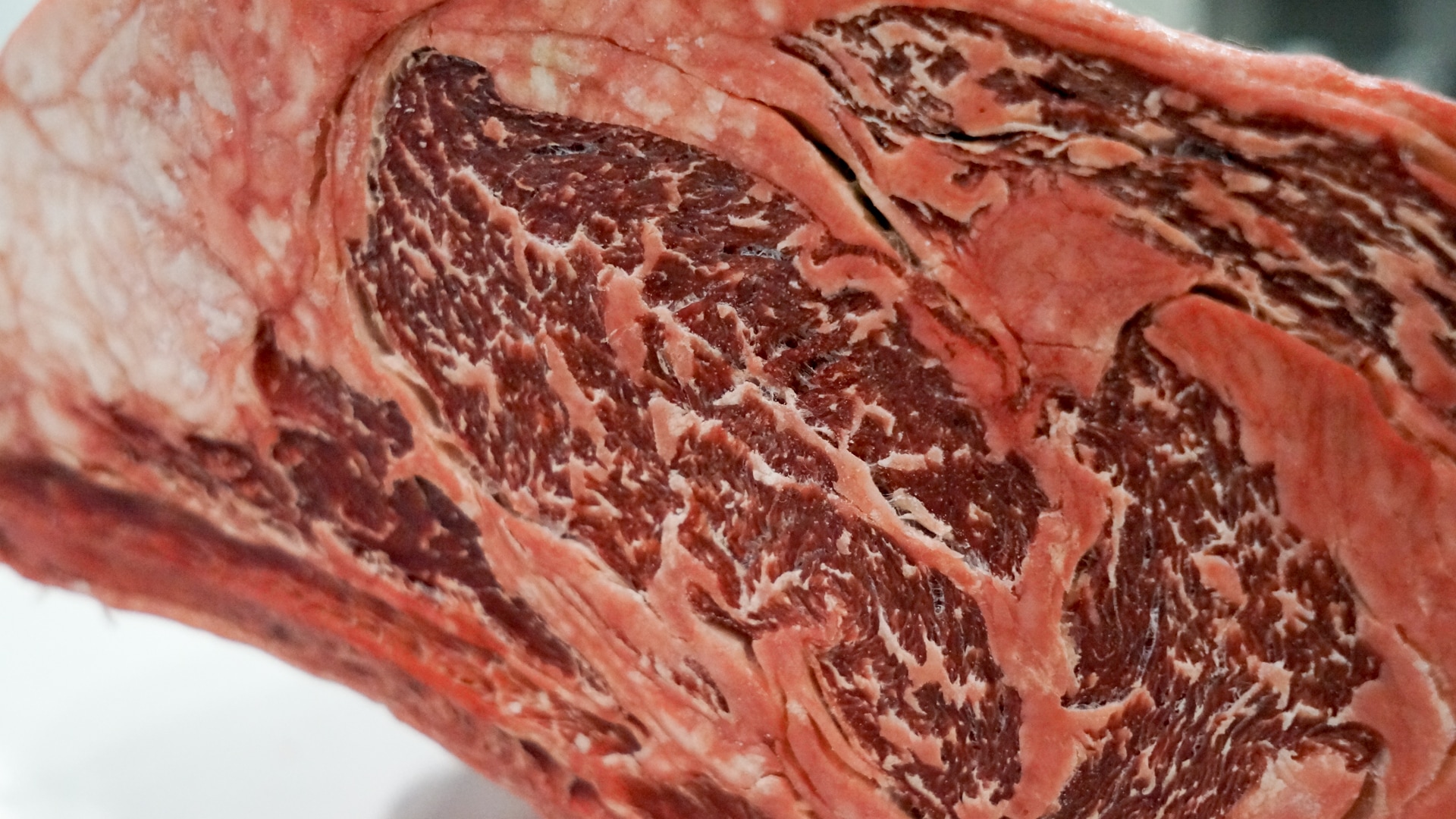 Before this prime rib is ready for roasting, we need to trim the outer layer of dried meat, revealing the beautiful layer of tender meat underneath. I trimmed probably 2cm of meat off each surface, resulting in quite a bit of lost steak. 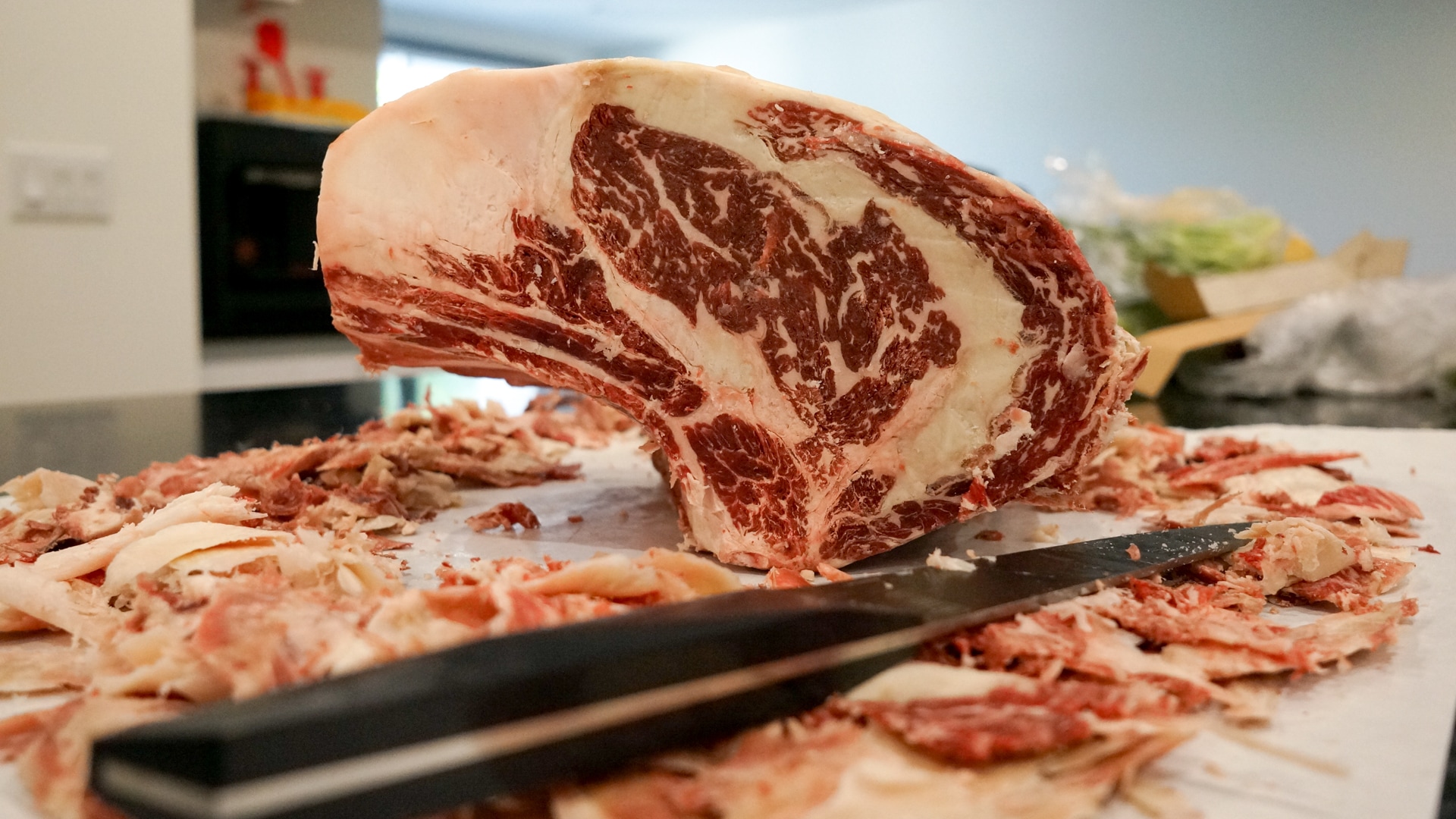 You can see how much trimming is lost and how dry this layer is. In fact the trimmings are so dry, they take on an almost furry texture when cut. 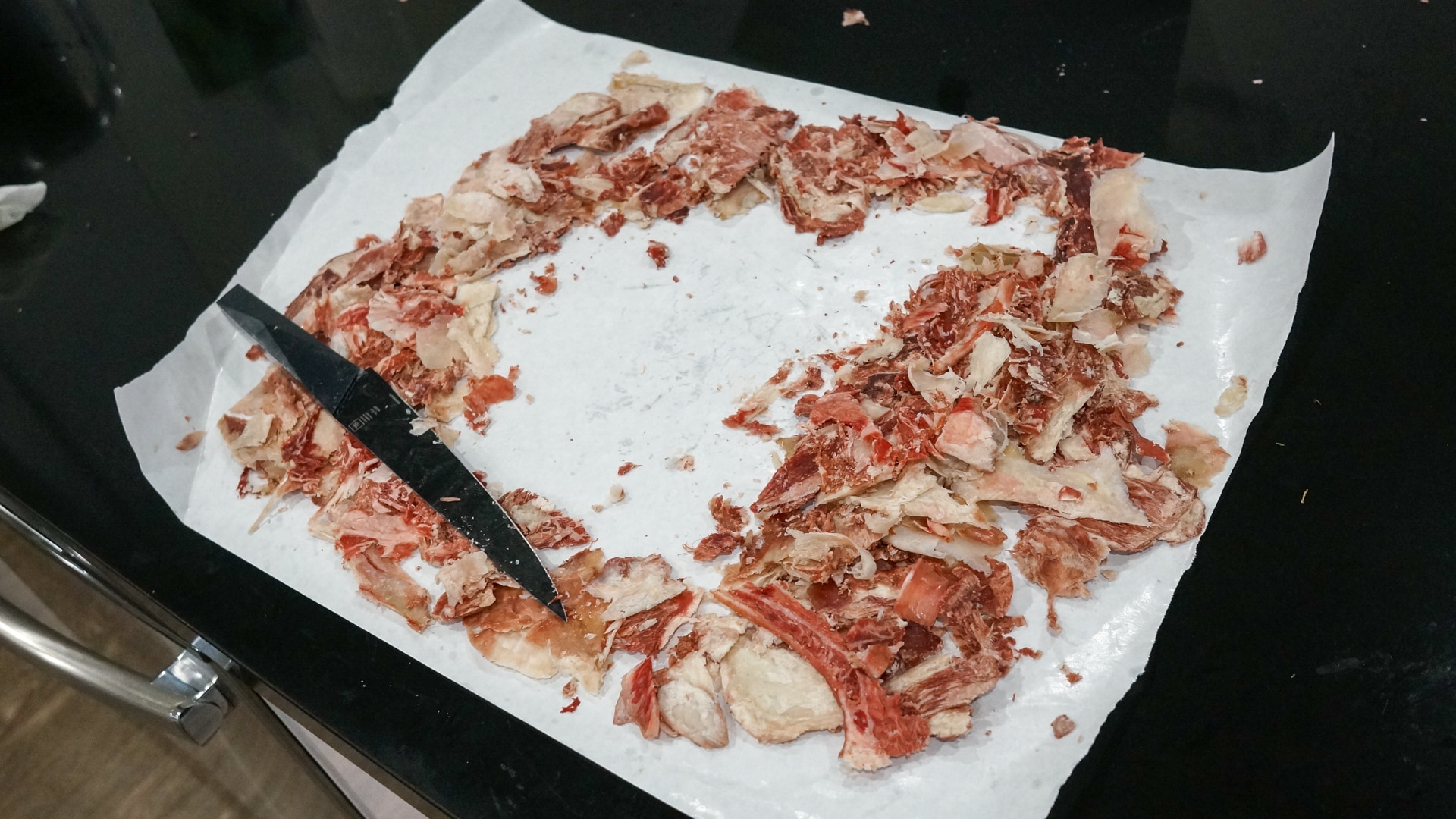 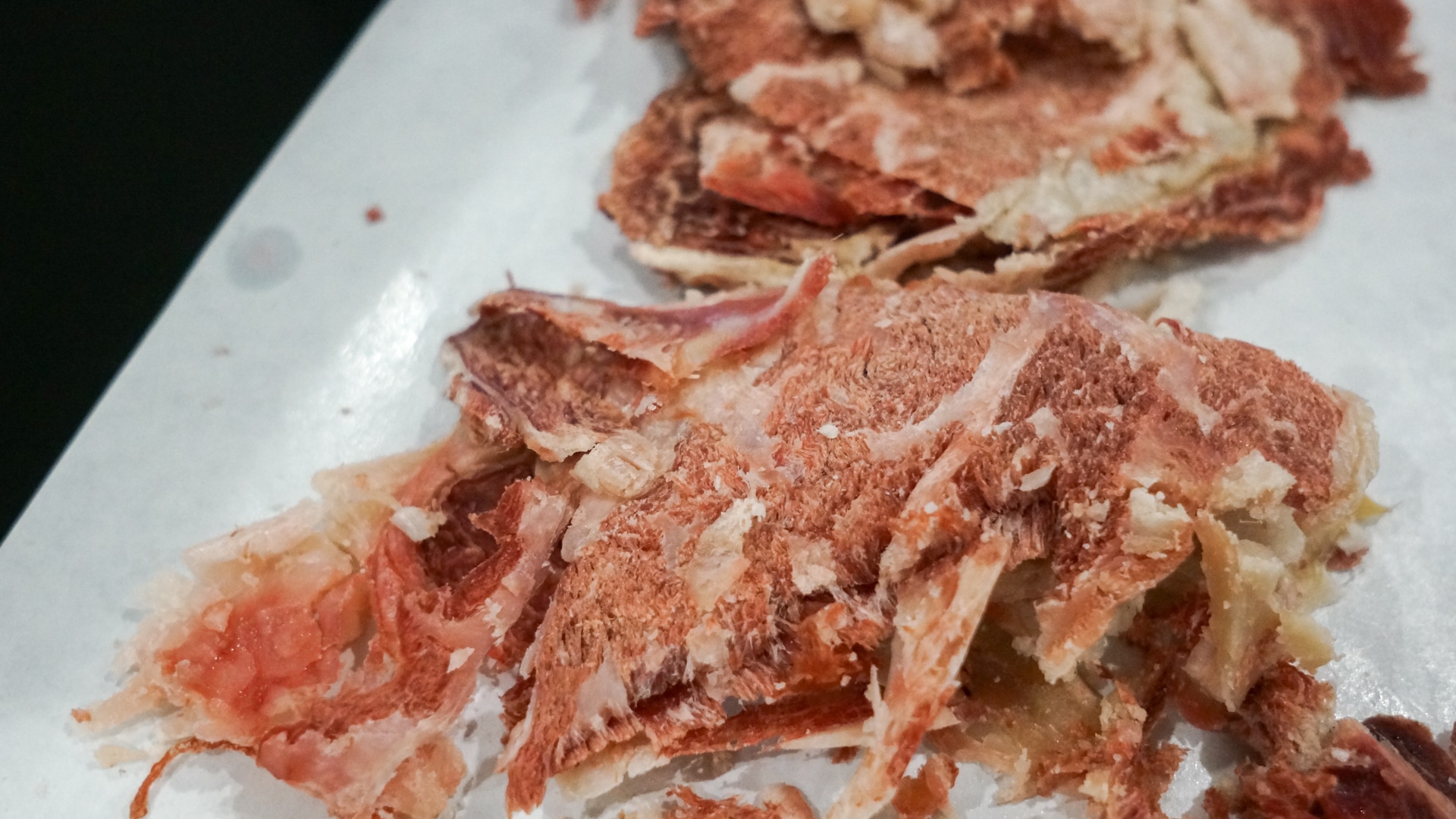 Once all the prep work is done though, roasting is the easy part. I seasoned the steak generously with black peppercorns and Himalayan salt and topped it with some herbs. Placed it on a roasting rack and stuck it into the oven to roast for 6 hours. Always roast low and slow - I went for 200 degrees Fahrenheit, and then cranked the oven up to 350 just before serving to form a nice crispy exterior. This will result in a juicy and tender prime rib instead of a tough overcooked one. 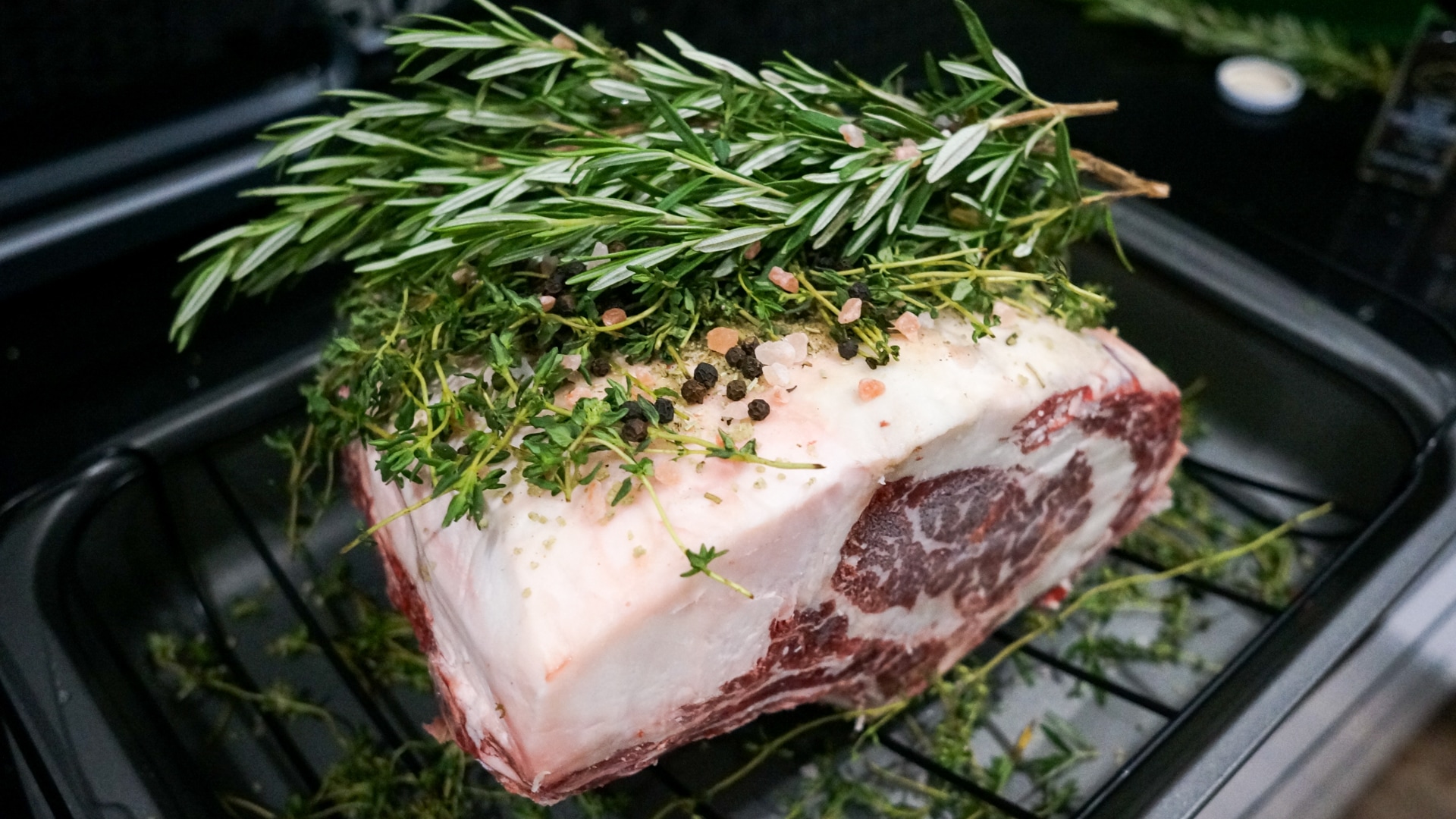 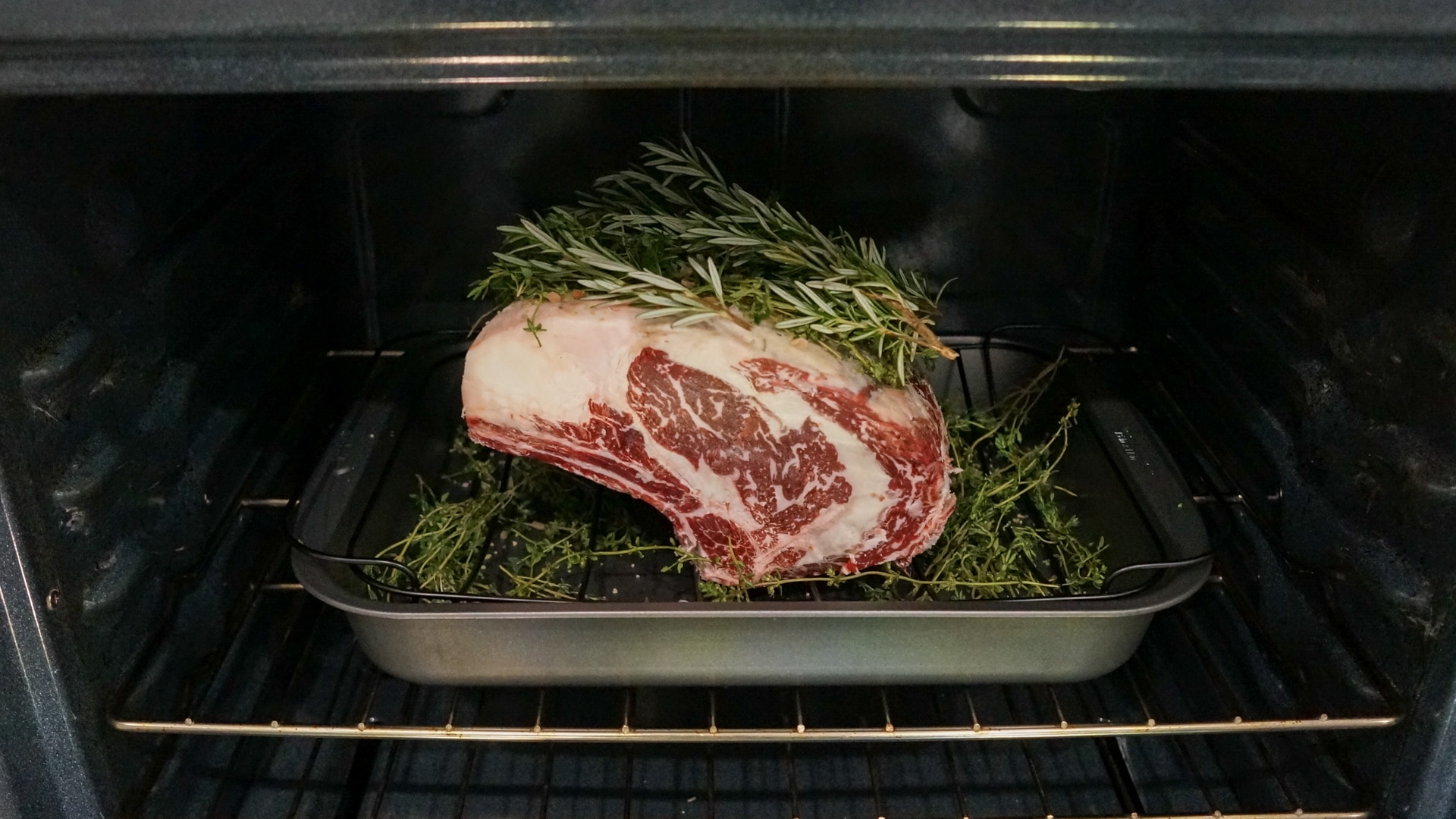 And your finished product - carved up and ready to be served. The prime rib was so tender and flavorful it tasted better than the prime rib at House of Prime Rib and Lawrys. It was seriously the best prime rib I’ve ever had and I’ve eaten at a lot of fancy ass places. I guess I could just never justify spending $100+ on a dry aged steak at a fancy steakhouse but even though this was a pretty costly experiment (time & money), it was fucking delicious and definitely worth it. 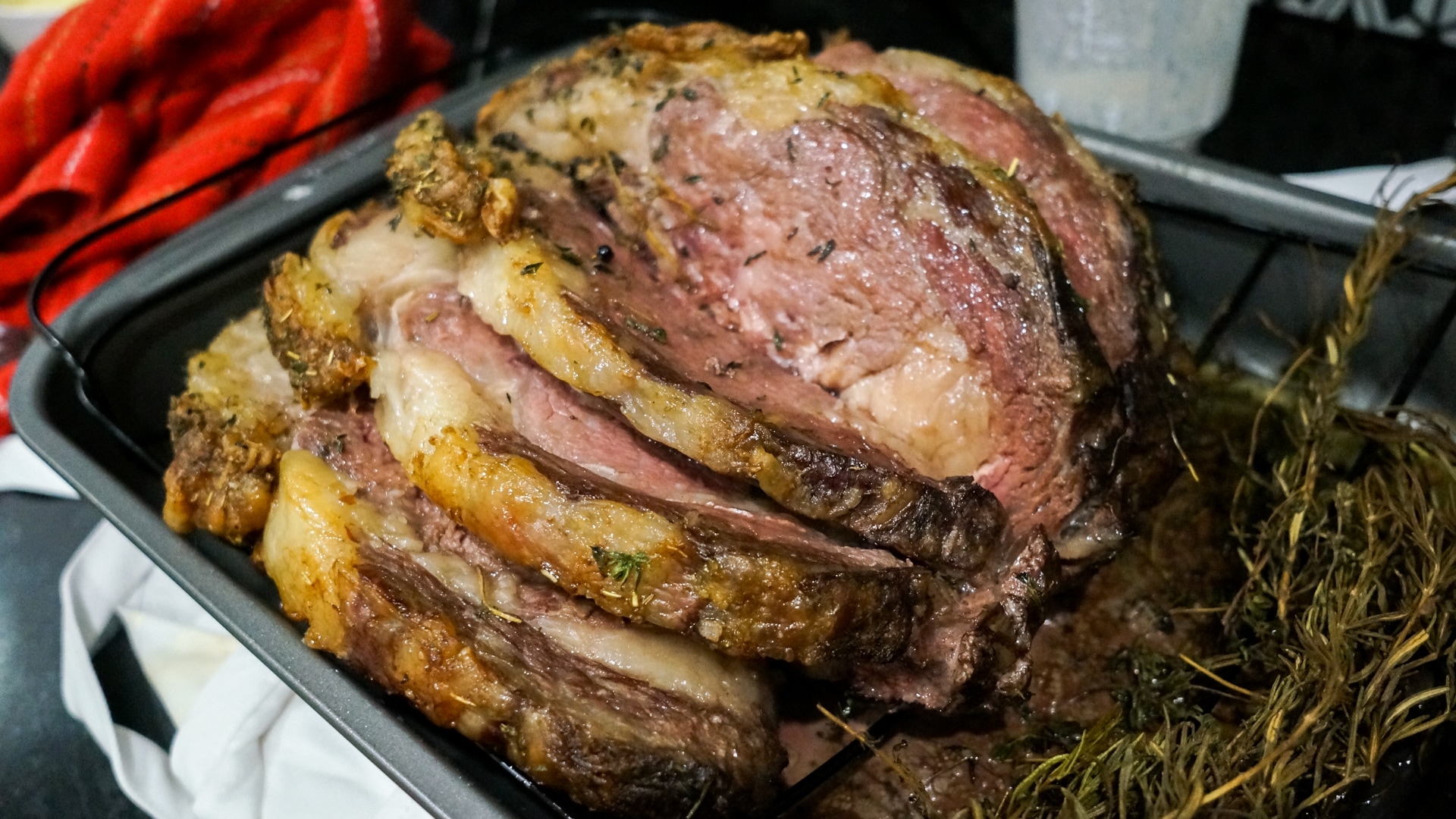