Have you ever heard of a Louisiana seafood boil? You’ve probably at least heard of The Boiling Crab. It’s basically a bunch of seafood boiled or steamed and then topped with cajun/lemon/garlic/butter sauce. It’s so fucking good that meals are partially eaten in silence because you’re too savagely decapitating sea creatures and ripping their shells off to bother conversing with the 5 other people you came with. 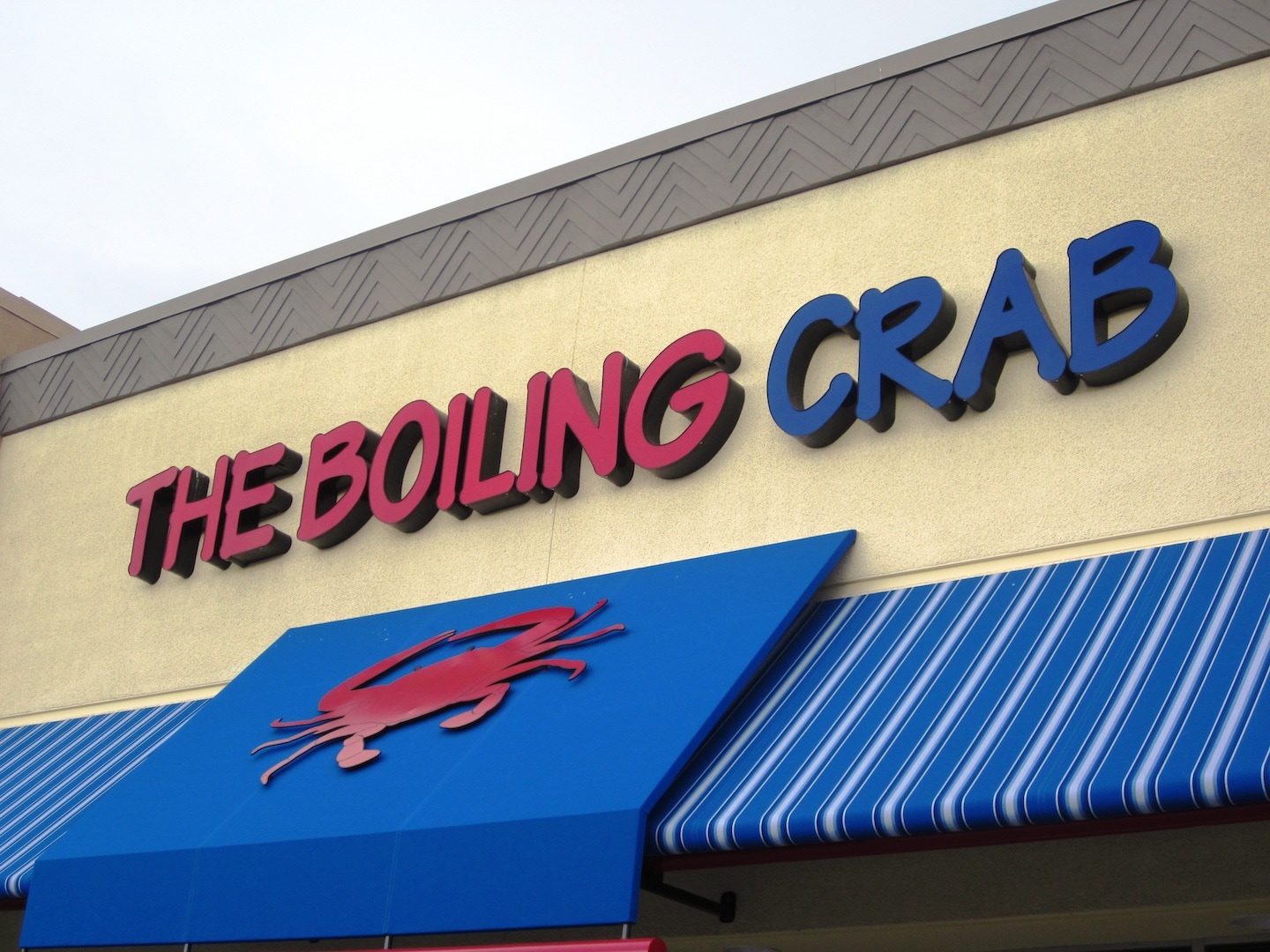 I also find it mildly interesting that everyone has their go-to order at boiling crab. You can pretend to look at the menu for a few minutes and to be fair, there are actually quite a few options but let’s be real. No one ever really needs to take a look at the menu.

You’re too poor for the Alaskan king crab legs and they’re probably out of the other crab options. You don’t even consider asking for the lobster market price, and even if you did, you’ve just volunteered yourself for a quick smack in the face reminding you of your peasantry.

So then what do people get? I’ve heard go-to options like: 2 lbs shrimp plus corn. 1 lb clams and a bowl of white rice. 1 lb sausages and potatoes. My go-to is actually 3 lbs of crawfish (usually comes with free corn). Some people will say that’s a bit excessive but honestly crawfish are just tiny ass peasant lobsters whose inedible heads carry at least 2x the weight of the meat.

Anyway on the topic of excess, I made 15 lbs of seafood this week. 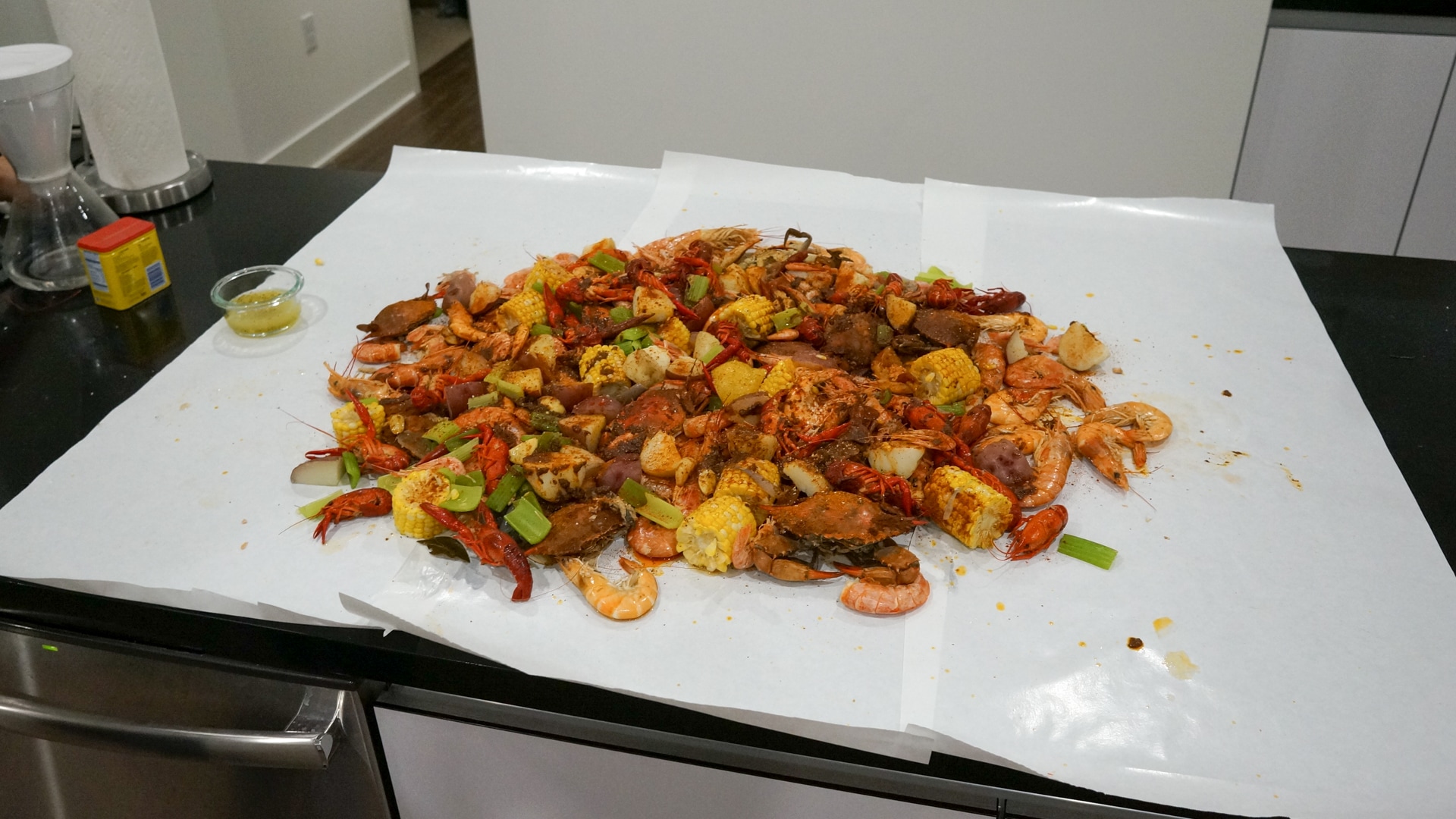 How did this happen? I started by looking for head-on shrimp at grocery stores in West LA. It’s impossible. I went to Vons, Ralphs, Santa Monica Seafood Market, and all of them only had head-off shrimp. I understand the practicality of it, but if you’re a shrimp lover, you have to empathize with me here; How the fuck can you suck those delicious juices out of the decapitated shrimp head if there’s no head in the first place? If you’ve never done that and think it’s gross try it next time, you won’t be disappointed.

In the end, I had to make a trek to 99 Ranch Market to find head-on shrimp, but I came out with the opposite problem. I ended up buying every single kind of shrimp they sold. 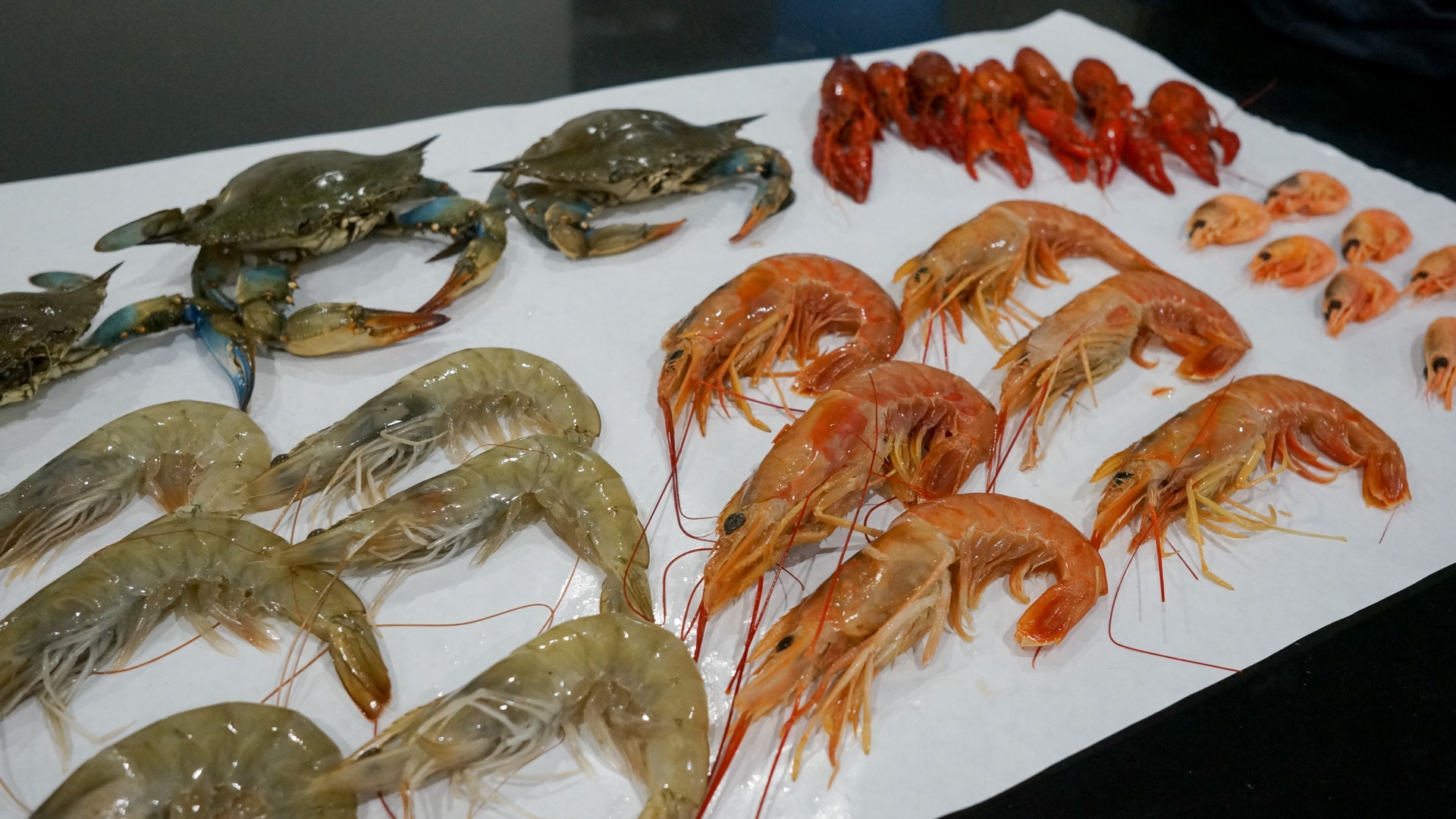 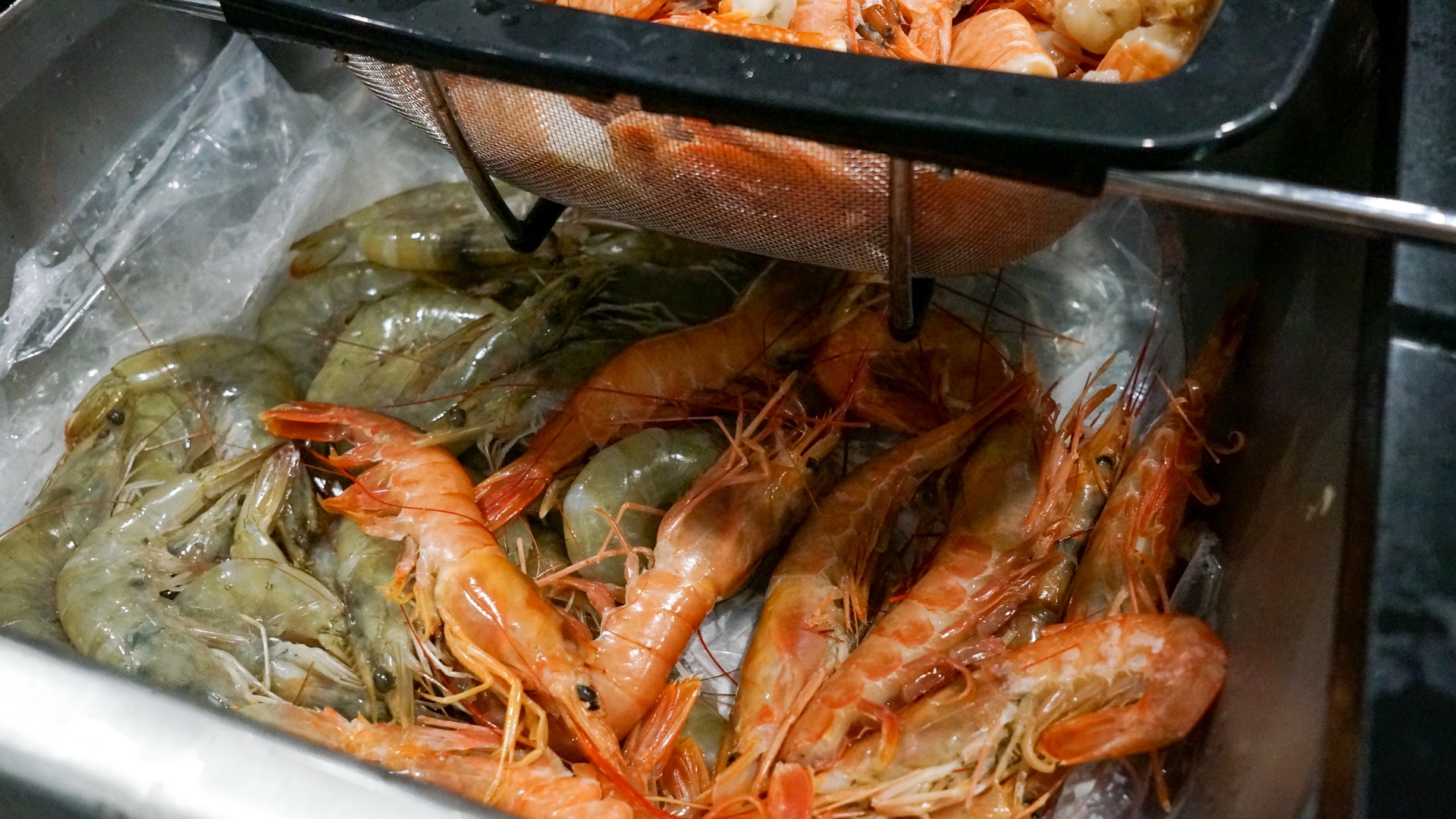 And then when that wasn’t enough, I decided to get crawfish and blue crab too because it was next to the shrimp section. I’m glad I don’t have this problem with desserts or candy. 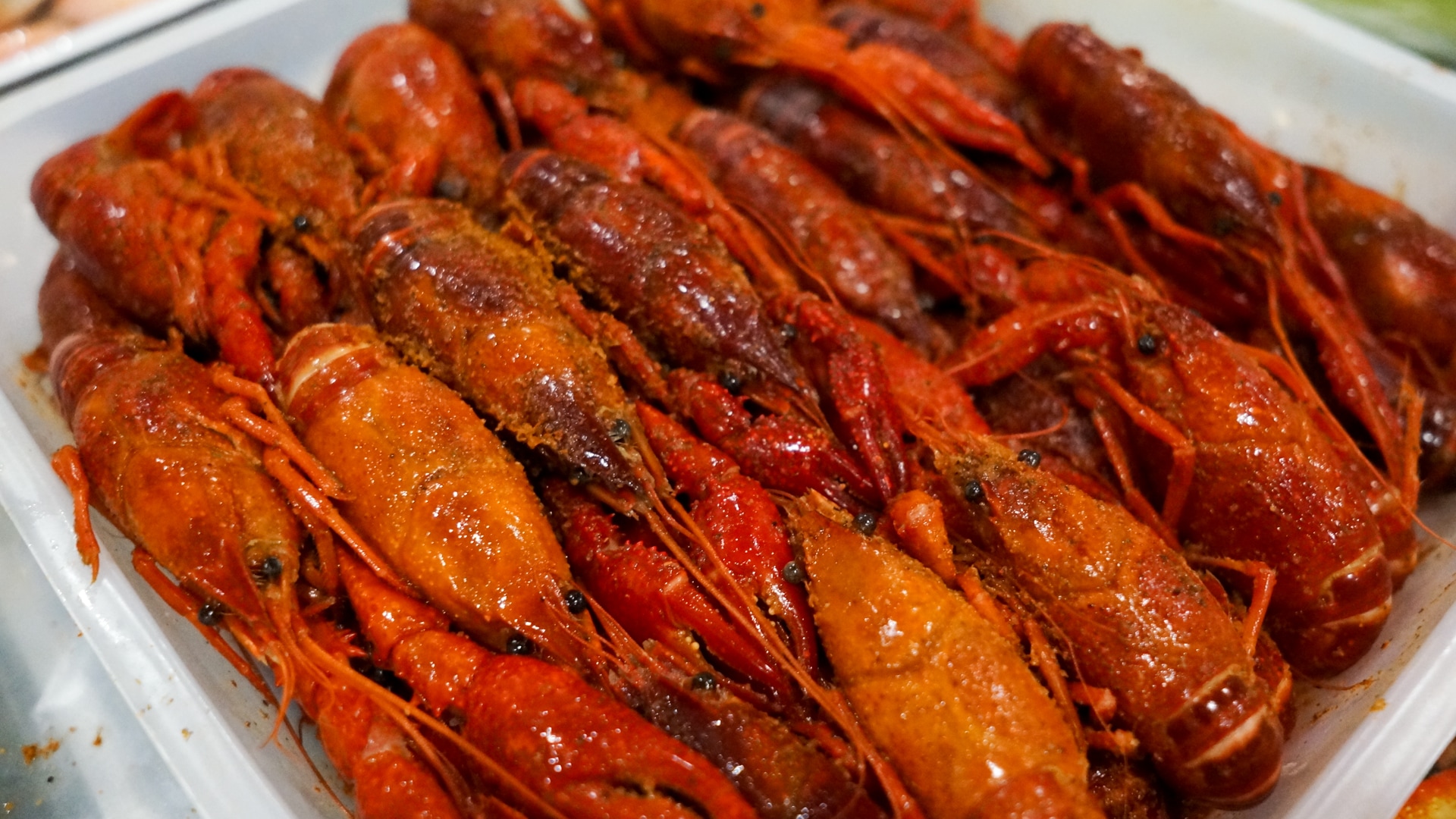 Oh, I also picked up some veggies but no one cares about veggies. 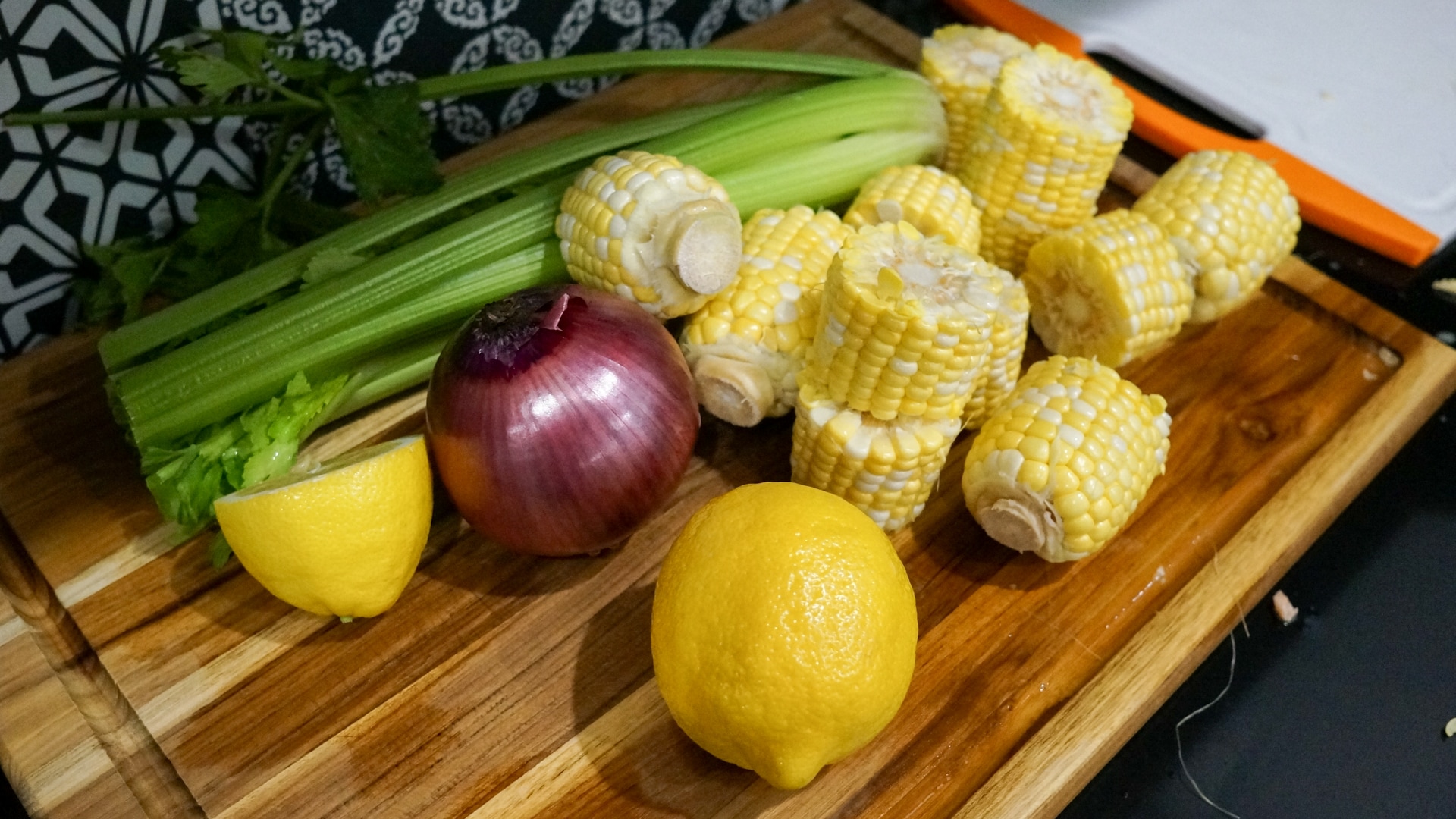 This shit is simple to make. Buy some of this crab boil seasoning mix, put everything in a pot, and just don’t overcook the shrimp like a fucking amateur. A couple minutes for shrimp in boiling water AT MOST otherwise your shrimp will taste like mushy shit, guaranteed.

You also never want to boil blue crab. (To be honest I don’t know why and don’t care enough to research why for this post) I steamed them in large pot using seasoned water from the crab boil mix and plenty of old bay seasoning sprinkled everywhere. 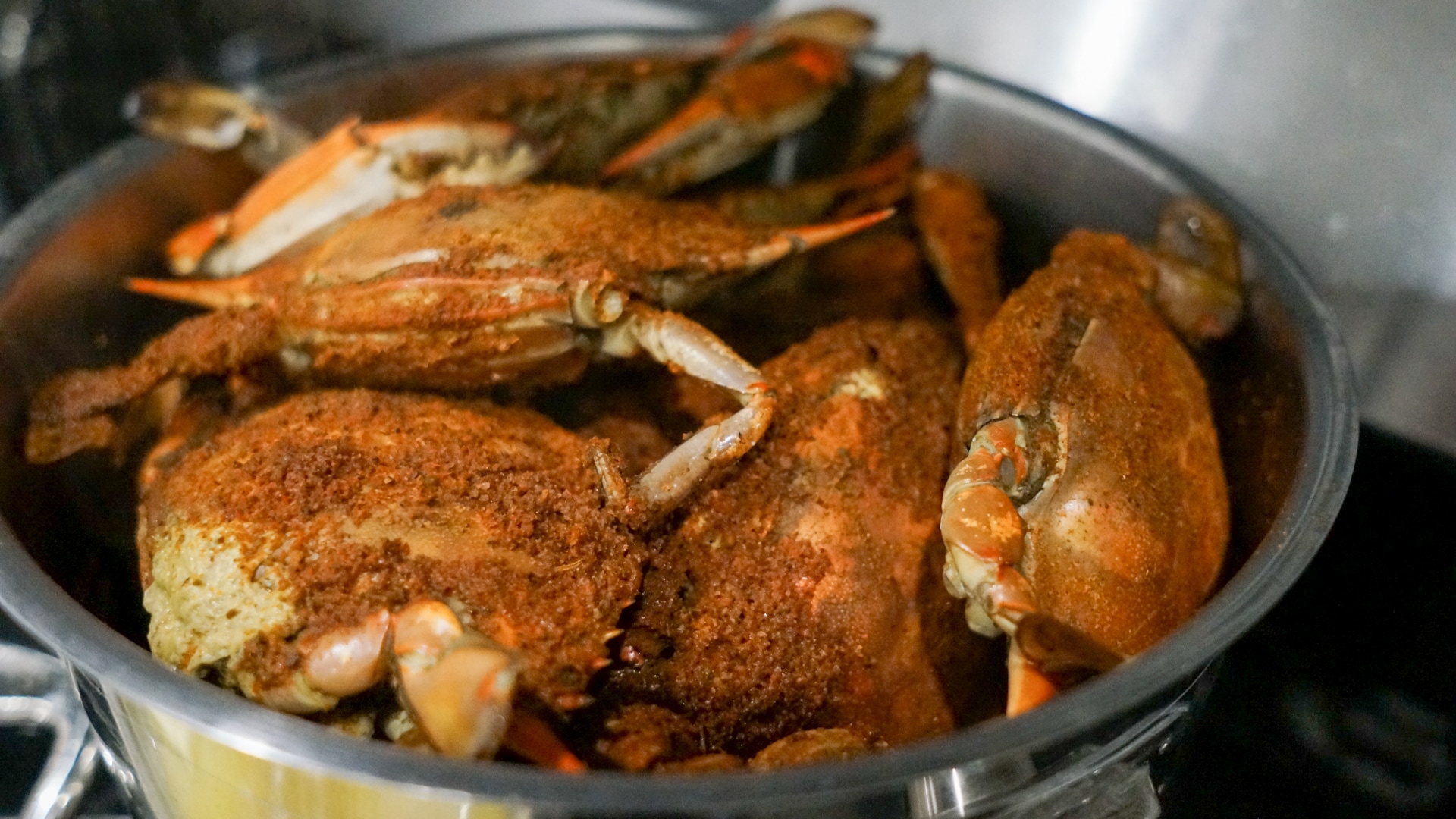 What really gets you craving The Boiling Crab though is the sauce. They call it The Whole Sha-Bang. A buttery blend of garlic, cajun seasoning, hot sauce, lemon pepper, and crack cocaine. I unfortunately could not get my hands on crack cocaine (lmk if anyone has a hookup) but instead I tried a secret ingredient which worked out extremely well. 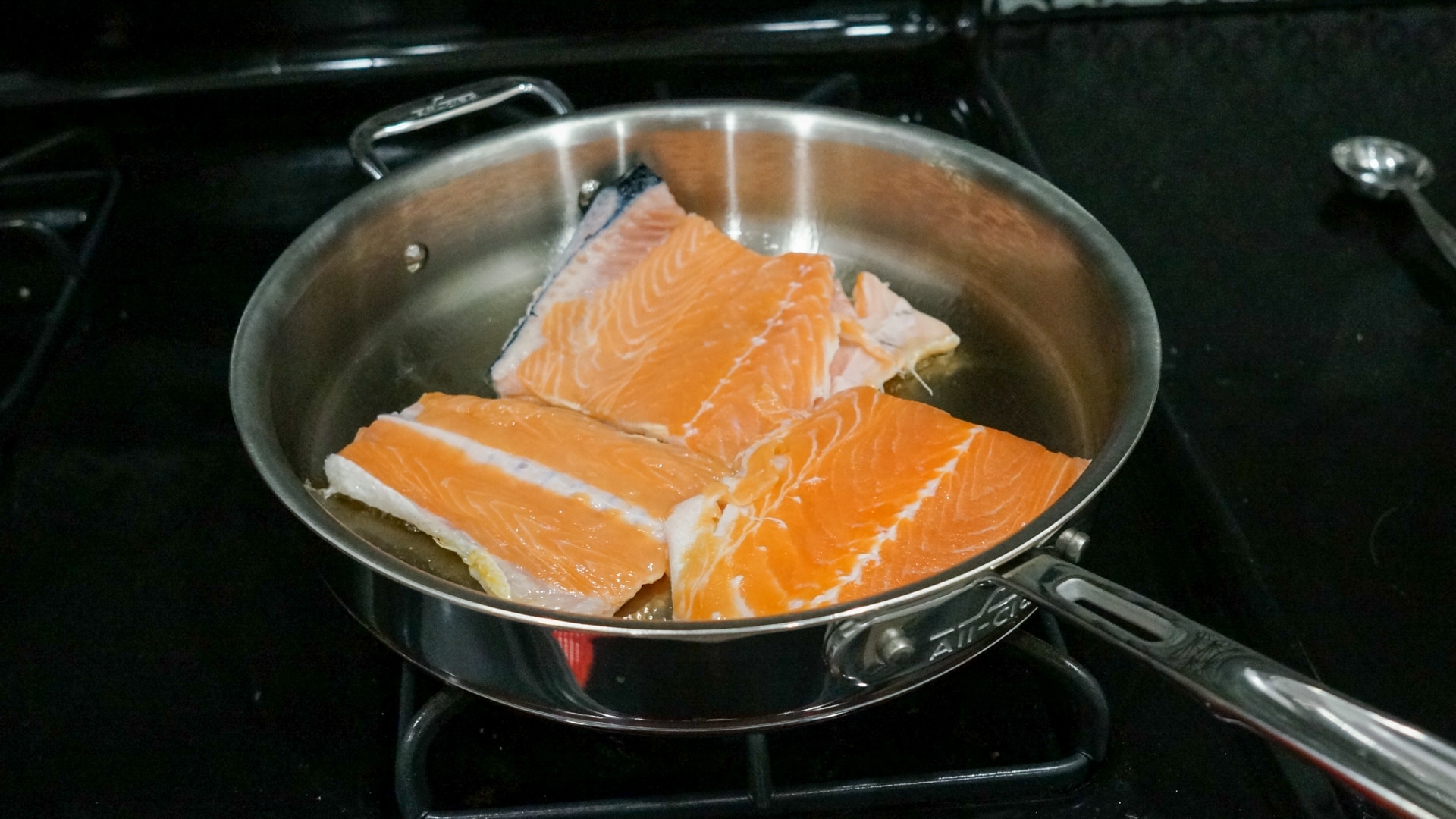 Taking a cue from broth making where it’s always beneficial to bake the bones before simmering, I bought the discarded fatty pieces of salmon and salmon bone and then pan fried them. 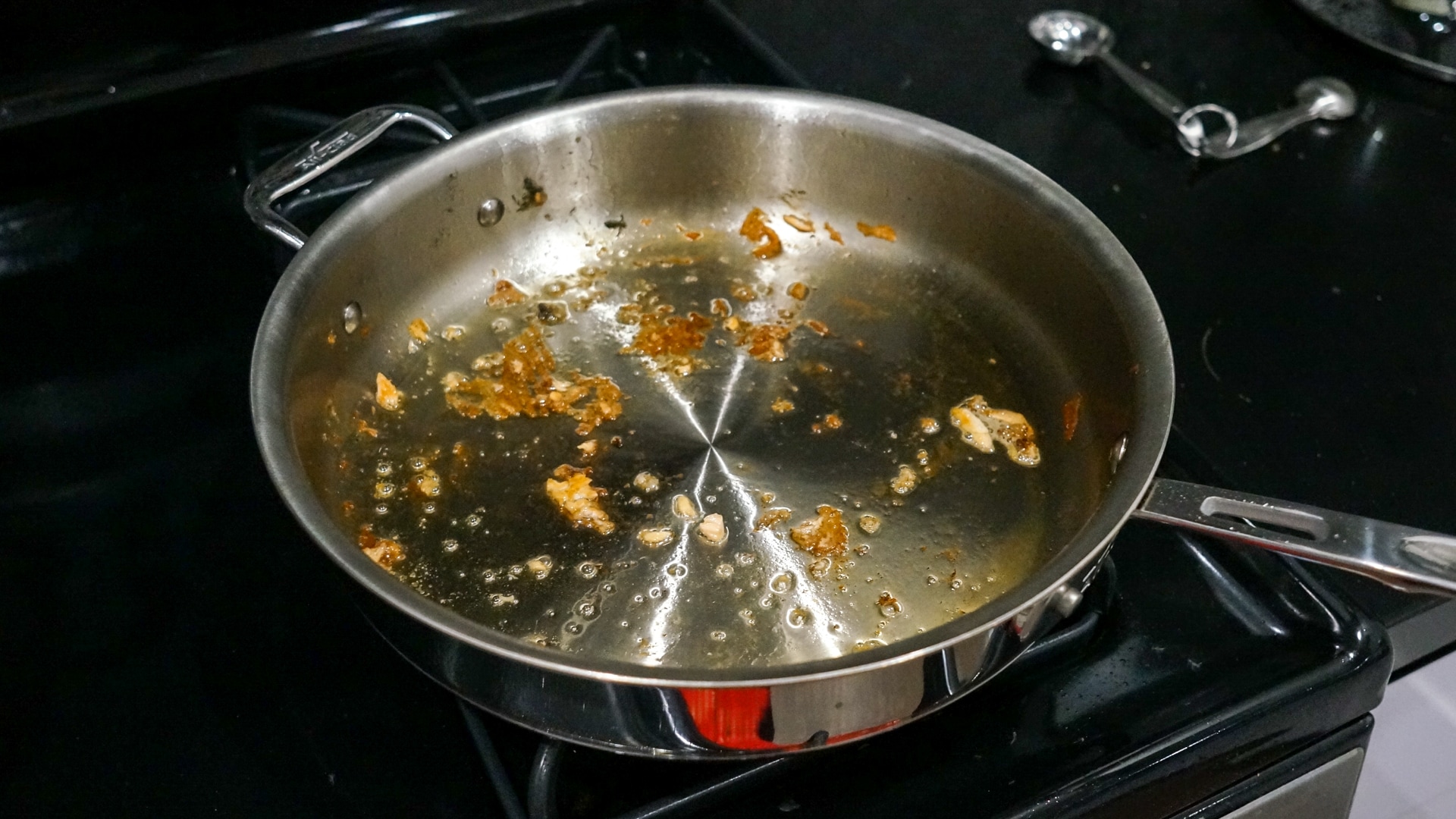 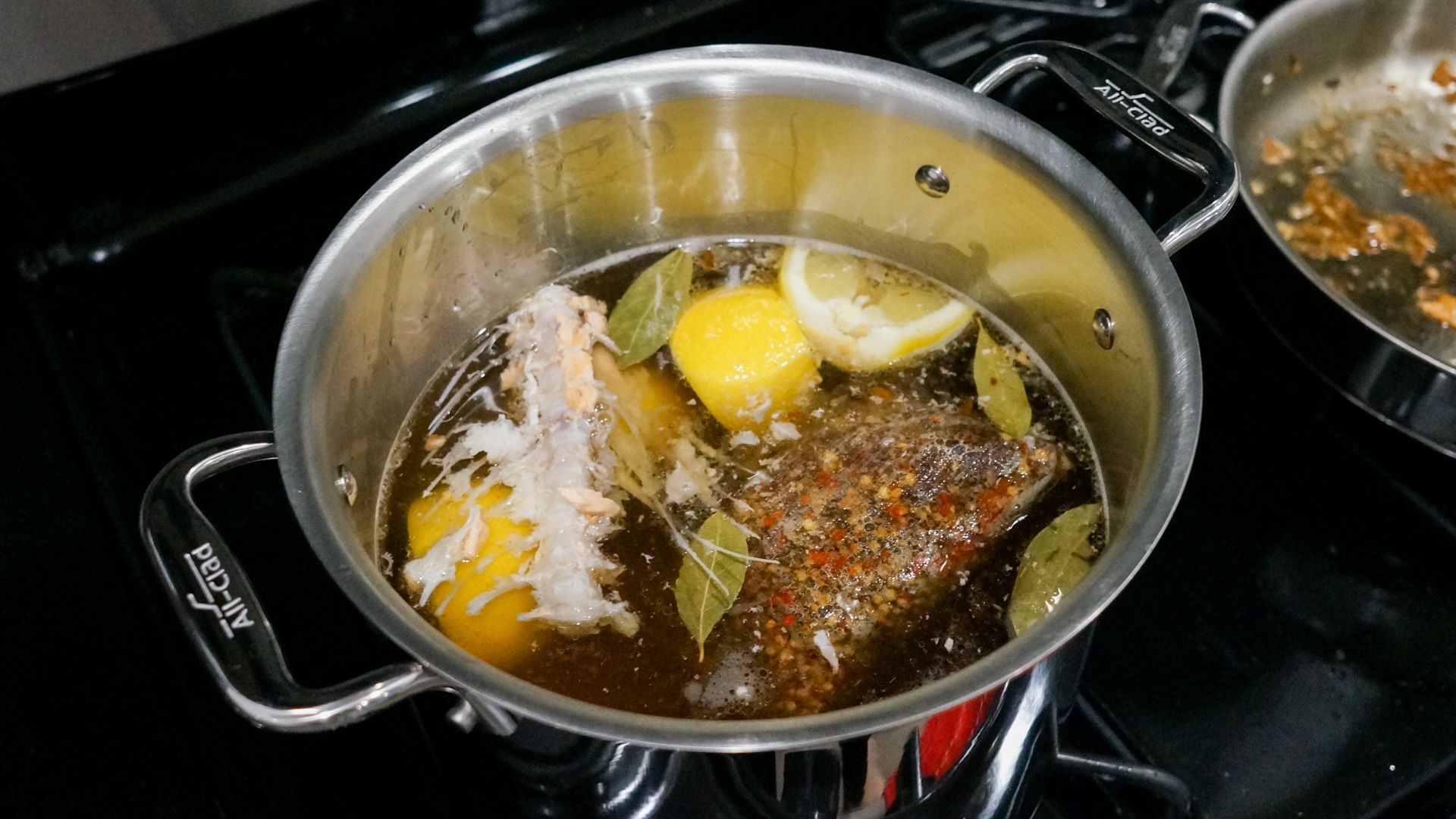 After frying, I threw the meat and bones in the crab boil broth and boiled for an hour as if I were stewing a bone broth for extra flavor. But the best part is the delicious umami fatty rendering and pieces of leftover charred salmon on the pan which served as the base of my own Shafuckingbam sauce. 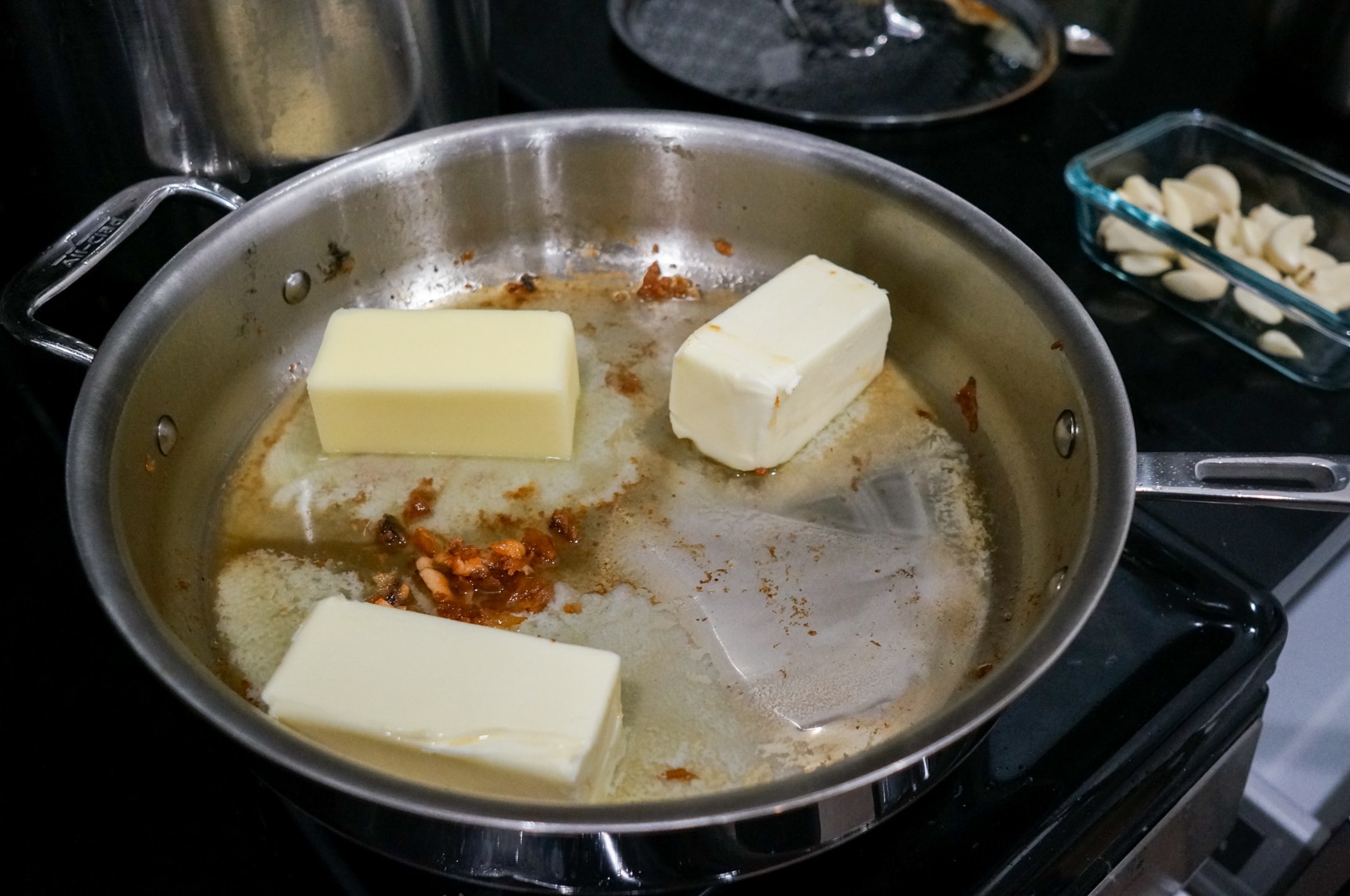 Just add a sprinkle of butter too for flavor. Then mix in a bunch of seasonings. 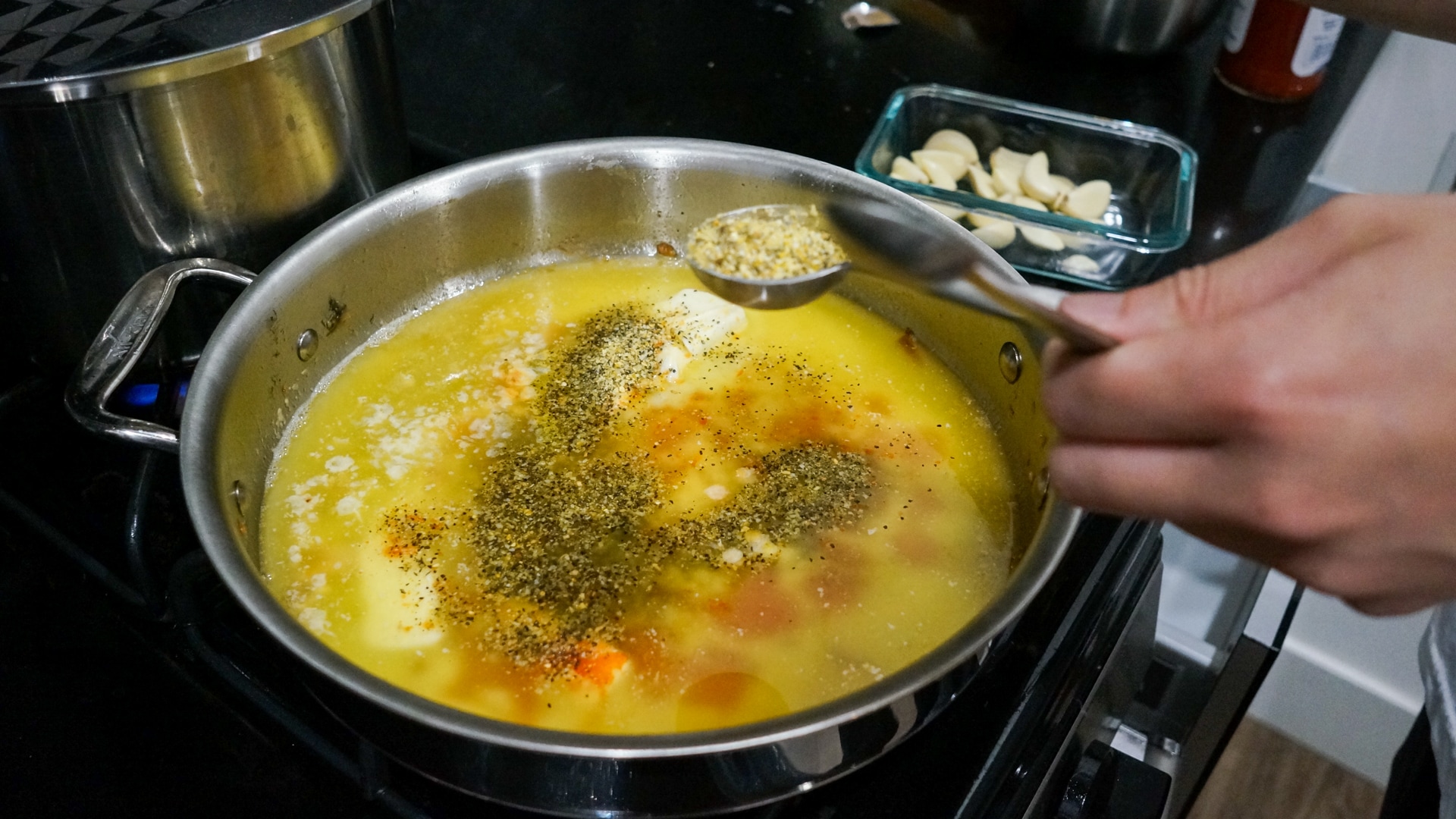 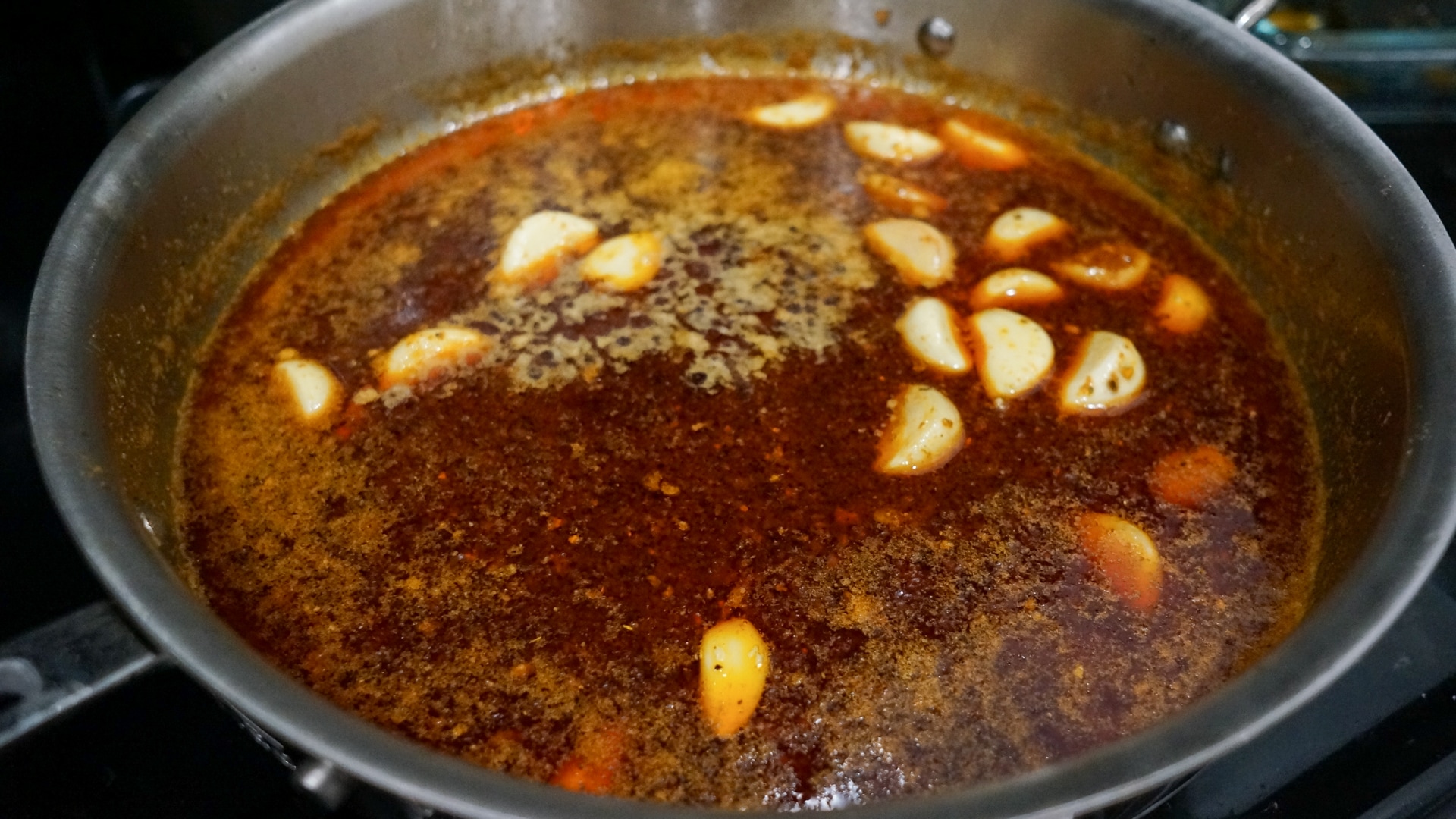 I’m convinced if you pour this sauce over anything it would taste amazing. People were saying this was as good as the boiling crab sauce if not better. It was so good we ate all the celery (meant as a filler and photo embellishment) after coating it by rubbing it on sauce left on the table. 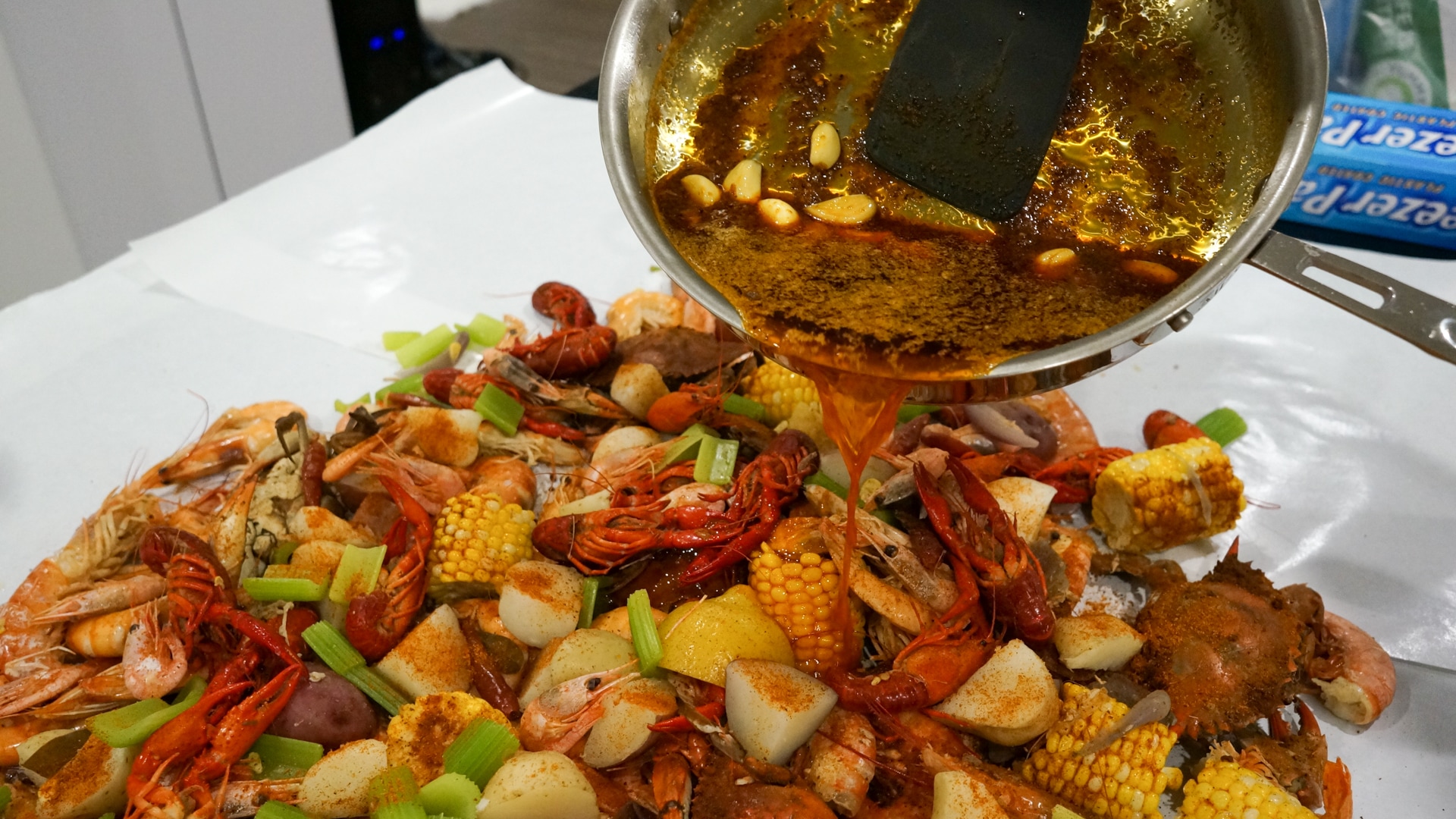 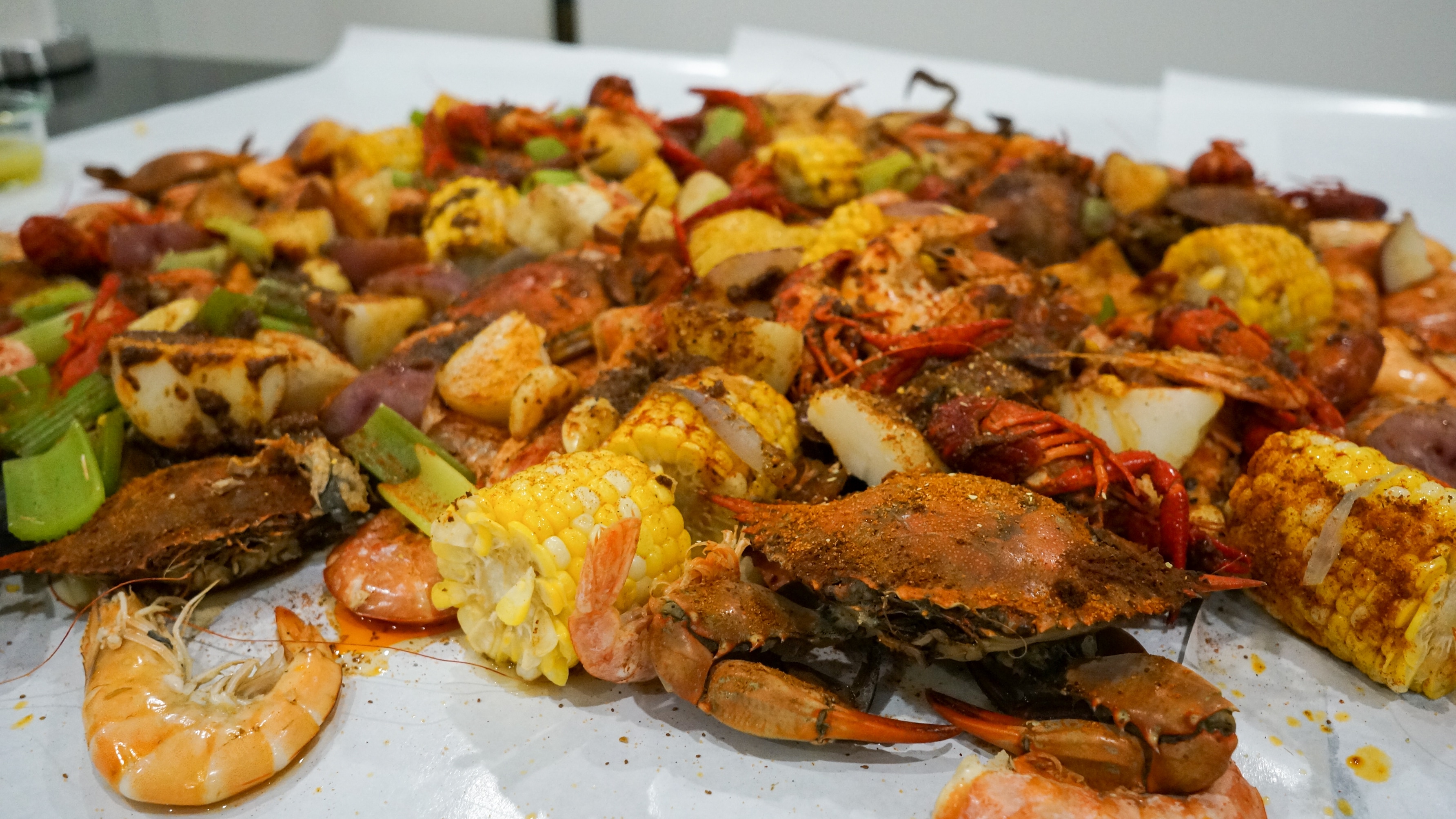 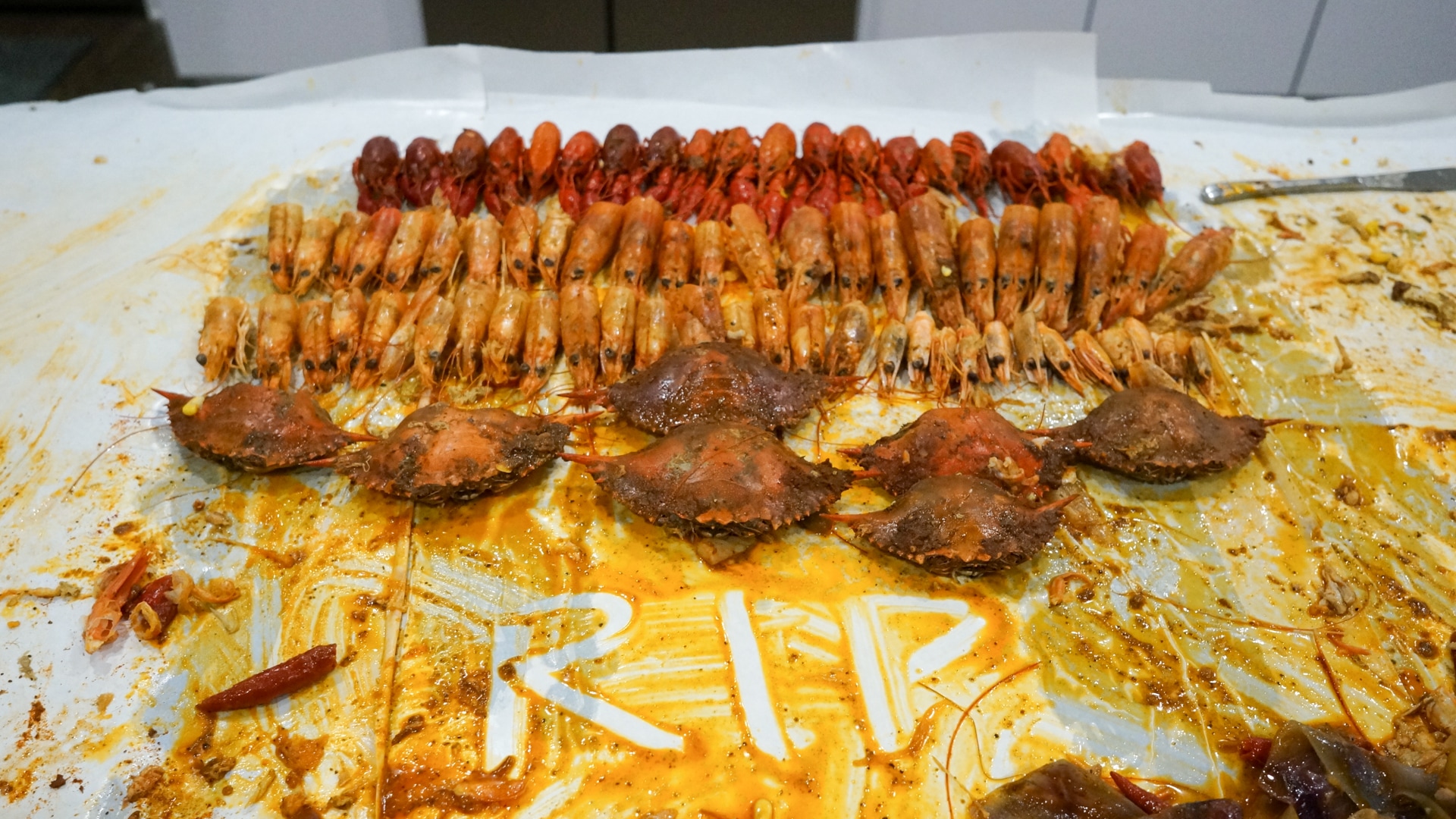 (Missing a lot of heads because some people were being uncooperative and did not save their heads. They will not be invited back.) 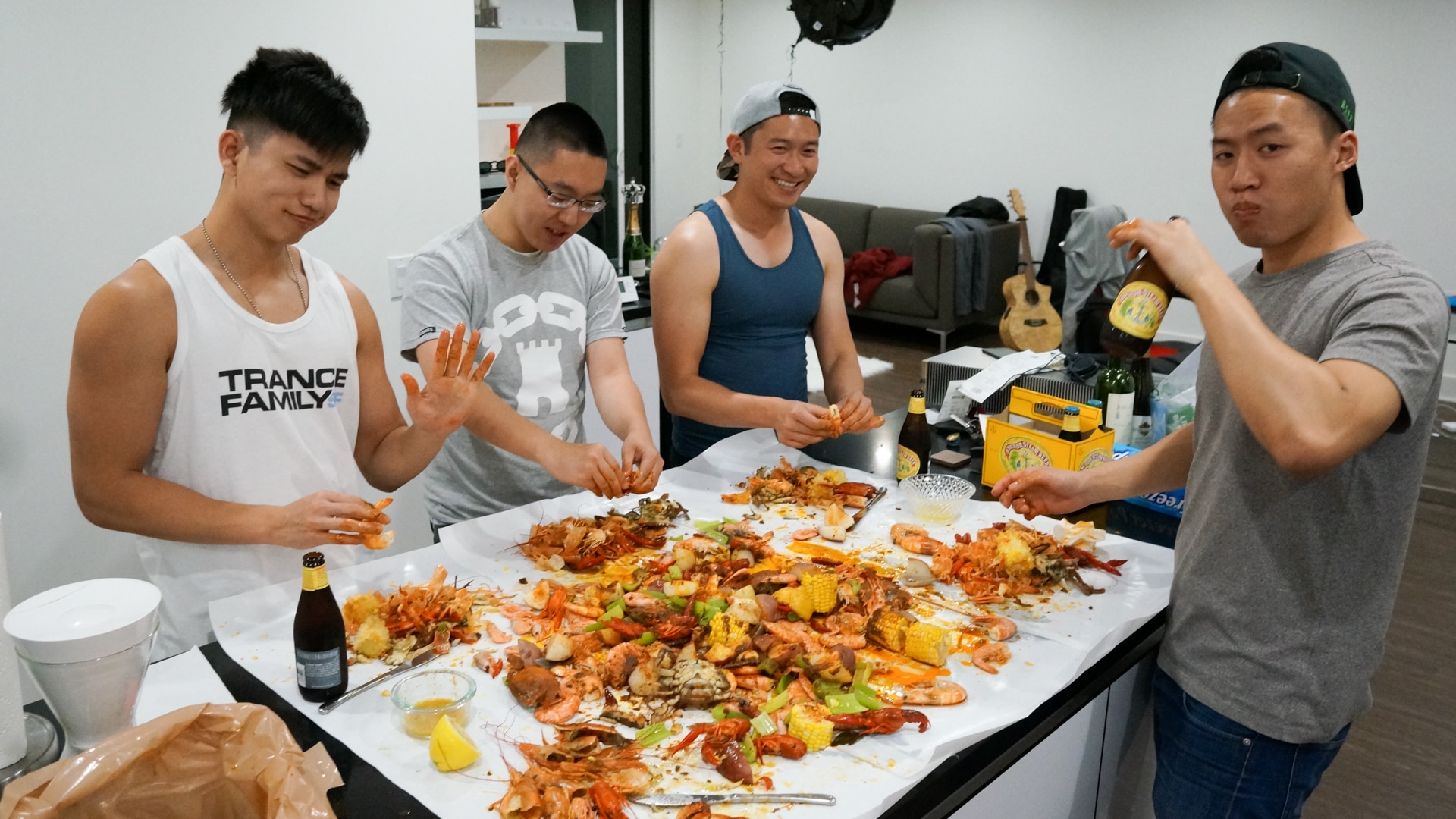 This post was brought to you by McCormick Old Bay Seasoning: The Definitive Seafood Spice, with a world-famous blend of 18 herbs and spices. Use my promo code faceatious for 20% off your next order on www.oldbay.com! 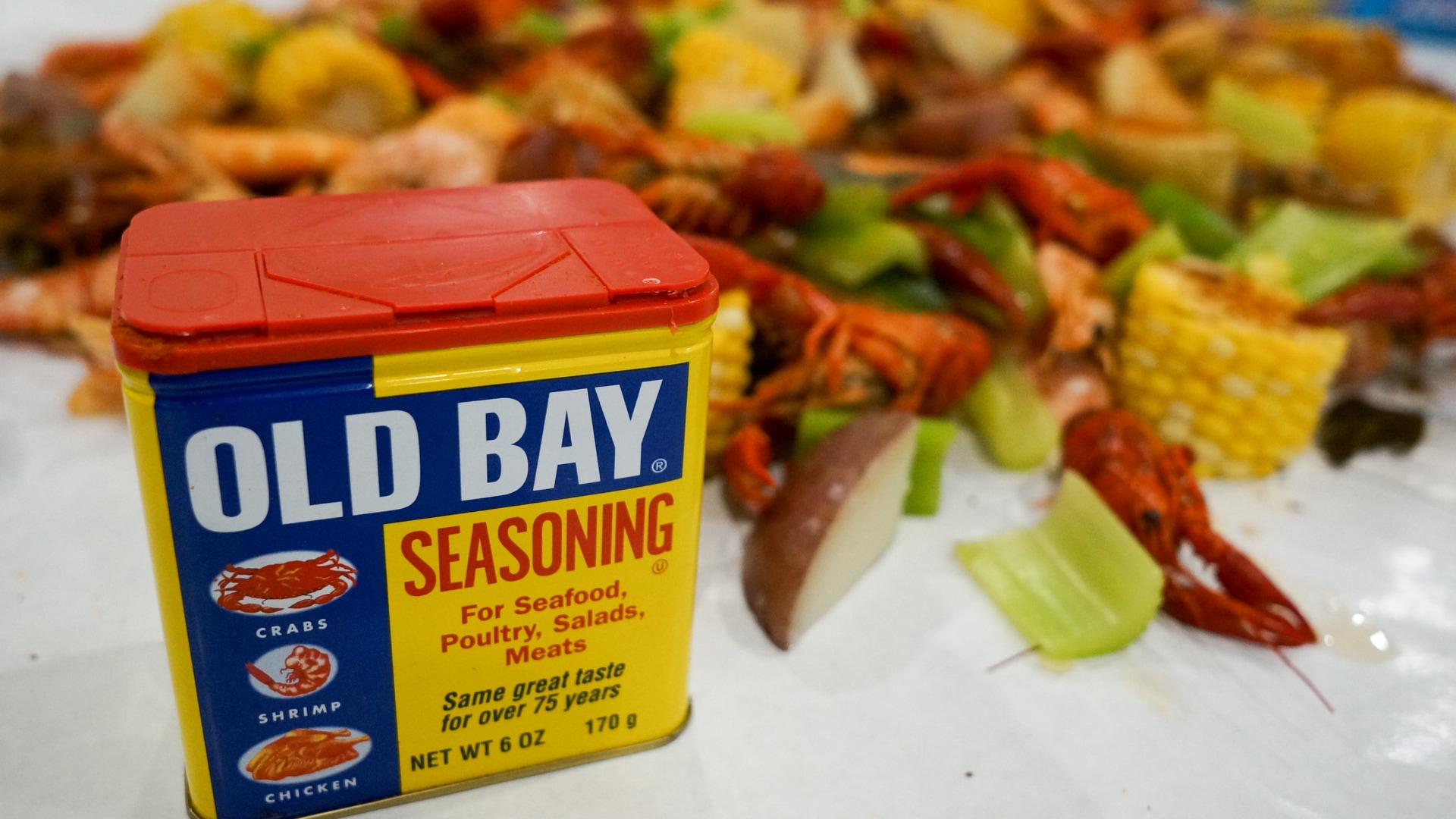